Be careful what you wish for

I took the dogs hiking on Tuesday morning. When I hike, I like it to look like this: 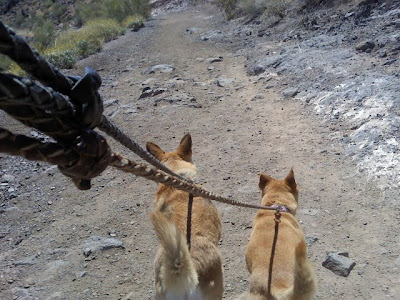 Two doggies walking nicely ahead of me.

Annoyingly, mostly what I got on Tuesday was this: 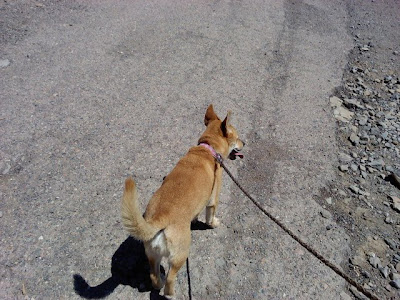 One doggie walking ahead of me and the other was... Where? EVERYWHERE! After a cold rainy weekend, every gecko and mountain critter in the preserve was sunning on a rock. And Frankie found every single one of them and chased them off. Quite the hunter, he is!

He was off to the side of me chasing geckos into the desert: 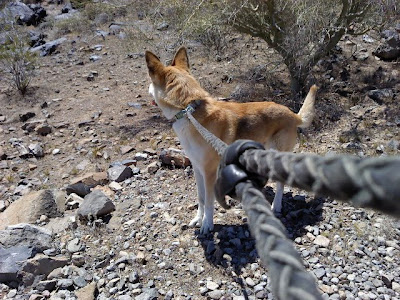 He was off to the other side of me chasing a squirrel off the cliff: 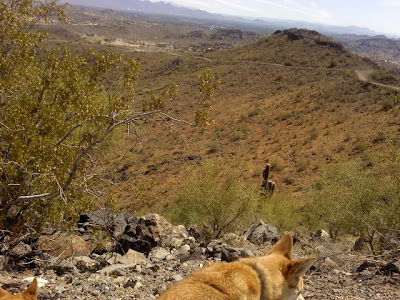 He frequently came to a dead stop directly behind me too. This time he was staring down a bird: 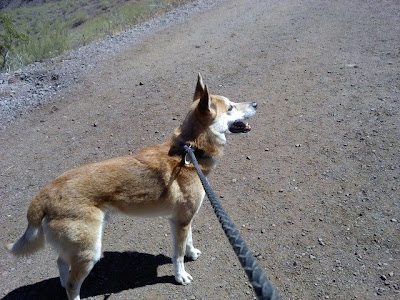 His timing was also quite annoying. Any time the trail was covered with loose gravel that I could slip on seemed to him like a wonderful time to go running to the end of the leash and pulling me in the opposite direction. My usual 1 hour hike took an extra 20 minutes with all his starting and stopping and changing of direction. I really wished I had left the dogs at home. So annoyed.

But now I'm really wishing I could take the dogs hiking. I can't because Frankie currently looks like this: 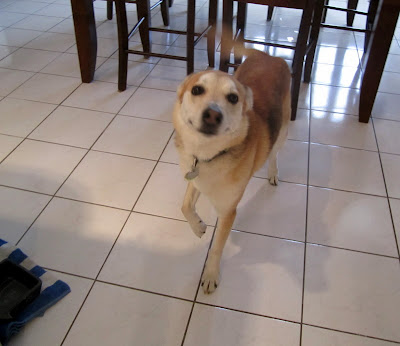 Later that afternoon, he somehow hurt his right front paw and he is limping around the house like Mo. Poor puppy. Vet visit on Thursday.
Posted by Diamond Girl at 3:15 PM

What was wrong with her?