Remember this contest that I was begging you to vote for?

My video of Frankie was chosen as one of 10 finalists in a PetSmart Charities video contest (you can see the video at the bottom of this post). The winner was then decided by the most public votes received in a two week period. It was a long two weeks of promotion! Every day I emailed all my friends, family and co-workers with the link, reminding them to vote. Every day I texted all my friends with the link and asked them to vote on their phones. About every other day I posted the link on Facebook asking for votes. Here are two of my posts: 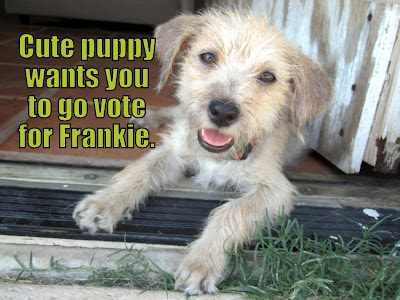 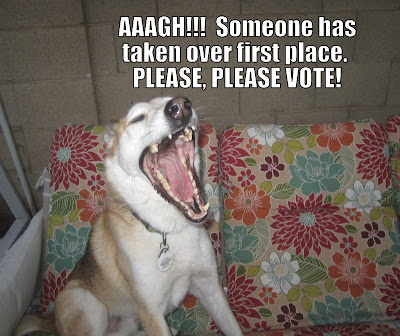 I posted pleas for votes on the Maricopa Animal Care and Control Facebook page. I found a few other people on Facebook who were in other contests and started voting for them in their contests in exchange for them voting for me.  I posted in the Classified Ads email at my firm asking all the lawyers and staff to vote for me.

In my emails and Facebook posts, I asked people to vote from their desktop computer, their laptop, their phone, their co-workers' computers and their neighbor's computers. I asked people to forward the link to all their friends. And wow, did people do just that! My sister texted me one day saying that she just got home from voting at her next door neighbor's. My dad emailed all his friends and my mom's friends. They went crazy with it, emailing their kids and their friends. My boss, the COO of  our firm, emailed all of our admin team and requested they vote every day. Some lawyers at my firm and a lot of the staff voted daily and passed it on to their networks. Many of my friends posted the link on their facebook pages. People I don't even know had it posted on their Facebook pages to vote for Jill Diamond. My NFBF is a technical trainer and he made his entire class go online to vote at the start of their training. I heard stories like this every day. It was CRAZY! I could not believe the amount of support that was criss-crossing the country (and the world, actually, because one friend was voting from India) for Frankie.

The Bacon Bits having a voting party on the final day: 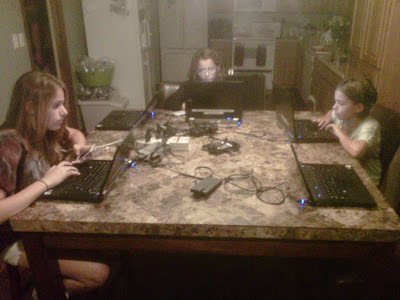 I kept an eye on the current vote totals all day every day for two weeks. It was quite a roller-coaster ride! I would be leading when I went to bed and then be in second place when I woke up. My main competition was a lady from Indiana. The two of us had a mad race to the finish.

And then on the Monday after voting ended, we got this announcement on the PetSmart Charities Facebook page:
And the winner, with 1,599 total votes, is Jill Diamond and her buddy Frankie! Thanks to Jill and Frankie, a local animal shelter of their choosing will receive a $1,000 donation from PetSmart Charities. Way to go guys!

I have the best friends, family and co-workers EVER! My supporters ROCKED! Thanks to everyone and your 1,599 votes! You guys are awesome!

As promised, here is the video of Frankie:

And here is the video that I entered for Mo that they did not chose as a finalist: