Just before Christmas we fostered a border collie mix named Adam. He was bigger than my usual fosters, but he was the littlest dog the shelter had available at the time and I just hoped that Mo wouldn't complain too much.

As you can see, he lost an eye. We took care of him while he healed from his surgery. I don't know what happened to injure his eyeball, but I'm guessing whatever it was was his own fault. 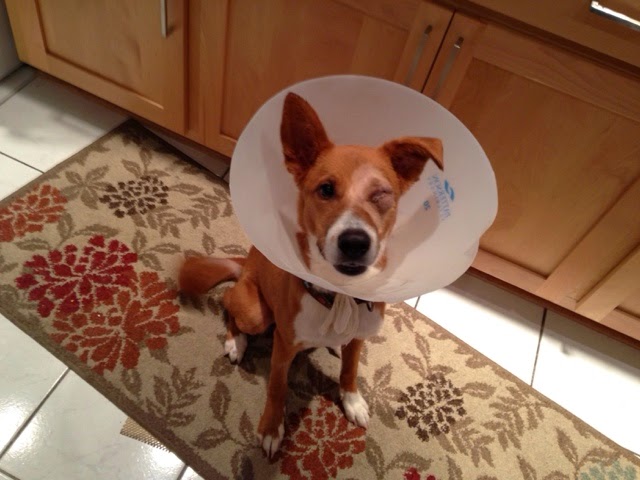 Within a day, I changed Adam's name to Atom because of his atomic energy. The dog was everywhere at once, running, playing, jumping up on the chairs, even jumping up onto the counter where I found him happily eating kitty's food. Despite his crazy amount of energy, I really liked Atom! He was eager to please, easy to train and he loved to play with the other dogs. 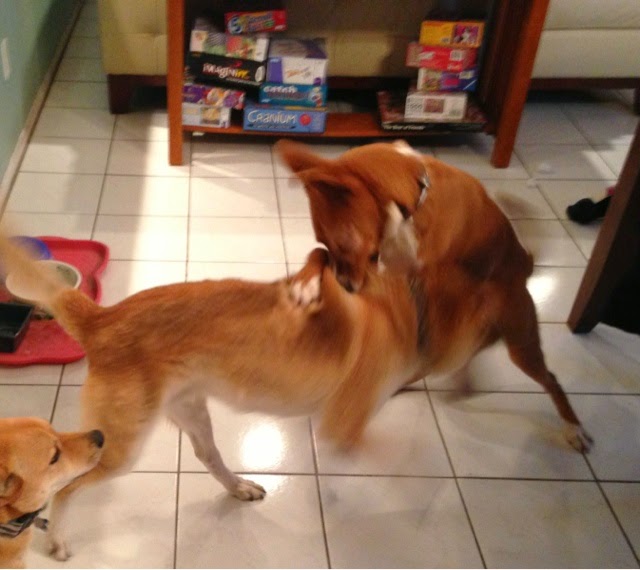 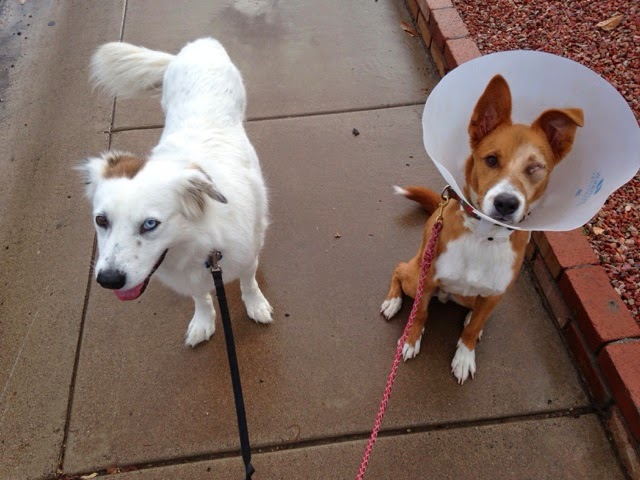 I was worried that his spastic behavior might prevent him from being adopted right away. I decided I'd give it a week and if he wasn't adopted, I would adopt him. I don't know how he would do with agility since his depth perception might be off (though it didn't hinder him at all that I could tell) but I was willing to give him a try.

Alas, I had no need to worry. Atom was adopted the same day I returned him to the shelter. It turns out that he was adopted by a friend of a friend. At the Bacon's Christmas party, my friend Jen told me she saw some pictures of Atom (now Buster) on facebook and she thought that I had adopted him. Then she realized that it wasn't me posting the adoption pics - it was a teacher-friend at her school! Small world. I am now facebook friends with that teacher-friend and I'm able to keep up to date on all the Atom, I mean Buster, fun, including his graduation from obedience school! He's such a good puppy!!
Posted by Diamond Girl at 8:46 PM