This was me at the beginning of May. A regular Muggle girl. 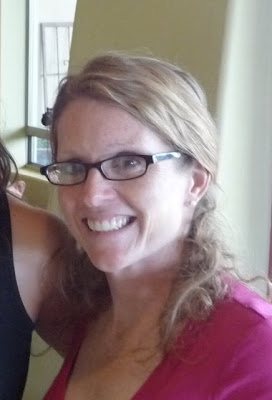 Then out of nowhere a huge wizarding battle erupted! Lord Voldemort tried to kill me and my brother Harry but the love of our mum protected us and all we were left with was cuts on our foreheads that promised to leave a scar. The scars turn red and hurt really bad when Lord Voldemort is near.

I think he is near: 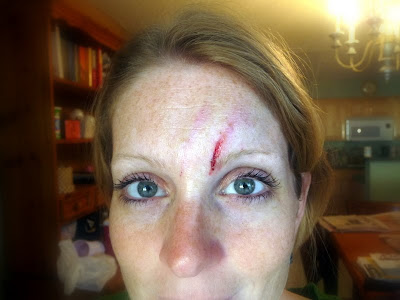 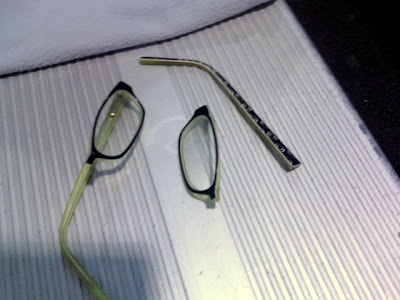 This most recent hit was pretty fluky. The guy that kicked it didn't even kick it that hard. I wasn't even really defending him. He was making a lazy pass over my head while I was walking over to the bench to get a drink of water. The game was a forfeit and the score was a zillion to a very few, so no one was playing hard. He tries to pass the ball over my head and since I'm so freakishly tall, he missed and hit my face instead. The ball hit the part of my glasses where they rest on my nose. The ball took my glasses up my face and they effectively worked like a very dull razor (you know those crappy little pink ones we learned to shave our legs with back in the early 80's??) and took all the skin off my forehead.

Jose the ref told me I was bleeding, which didn't surprise me cuz it hurt like mad. But I thought I just got a little cut from the ball. Then Christy said it looked pretty gross. I still thought it was just a little cut. Then I went to put my thankfully-not-broken glasses back on and saw a huge and disgusting piece of skin and good stuck to the lenses. Ew. Really...EWWWW. Yeah...that's gonna leave a scar. 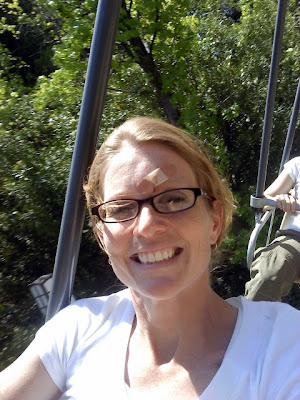 Through the magic of Mederma, the scar is going...going...(one month later): 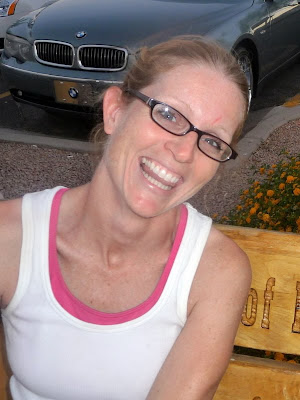 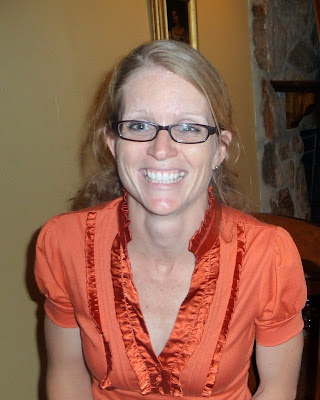