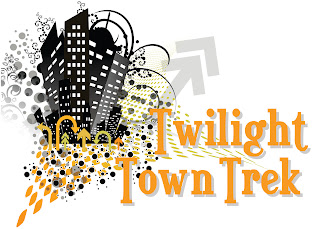 Anyway...as you know, I don't blog as frequently as I used to. The main reason for this is my new side business, Twilight Town Treks (www.towntreks.com). Christy and I enjoy doing urban adventure races so much that we decided to produce our own races. Well, it was Christy's idea and she kept asking and asking and asking, so I finally gave in...and Twilight Town Treks was born. (Thanks to Tom for the fun alliterative name. I like alliteration.)

It seems that any time I am at the computer, I am doing TTT work - researching cities, mapping the races, researching event calendars to post the races, working on the website, checking website traffic stats, drafting emails for the racers, tracking expenses, researching/buying flights, marketing the races, compiling results, making clues and mostly...checking the company email to see if any new teams have registered. Okay, I admit I do that last one about 75 times a day (not an exaggeration). And all of that is why I'm not blogging so much.

Ok, just took a break to see if any new Scottsdale or Indianapolis teams registered. They haven't. :( I guess people are out doing other fun things on their 4th of July weekend.

The first race was in Phoenix on May 15. We had 130 teams participate - which is amazing since we are new to the game and since Phoenix is a pretty saturated market for this type of race (Great Urban Race, Urban Dare, CitySolve and Scavenger Dash all come thru Phoenix). I will admit that part (ok, most) of our success was due to Groupon. Groupon is an online community coupon that people get 1/2 price off restaurants, services, stuff and events. Our Groupon sold 89 - which was super! The downfall is that to start we offered the race at 1/2 price, then Groupon takes 1/2 of that! Yikes. With the cost of t-shirts and insurance, plus the amount per team that we committed to donating to the Arizona Humane Society, those 89 teams came at a loss to us.

Plus, when you have so many teams, you need lots and lots of volunteers to make the race go smoothly. Thank goodness we have lots and lots of the greatest friends ever! We managed to find 25 people willing to give up their Saturday night to help us. Seriously - the most wonderful friends EVER! Thank you!!

It took us quite a few trips to set the course. 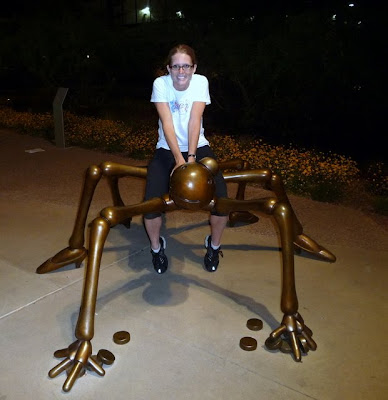 We thought we could do it in one night, but we had to go back another night for more. We came up with about 30 destinations and ideas, but we couldn't use them all - such as this centurion: 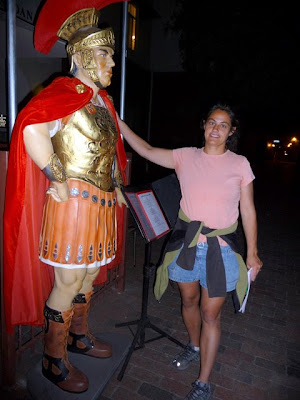 After we cut out all the extra destinations and narrowed it down to a race we thought could be done in a reasonable amount of time, we made Pat and Little Tom do a test run. (Thank you!!) 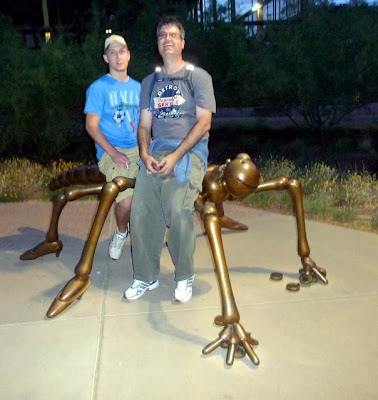 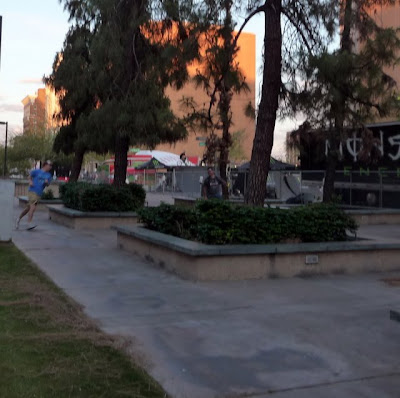 As I mentioned, part of every team's registration fee goes to the Arizona Humane Society. We also had the AHS onsite at one of the checkpoints. They sent us two volunteers with their AHS-adopted dogs. The teams had to find the checkpoint and get their picture taken with one of the dogs. The goal of this was to show people how great shelter dogs are. And, guess what?! Mia was one of the dogs!! 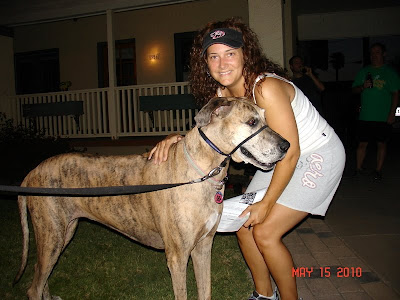 The race went really well! There were a few glitches - the line for the teams to complete puzzles was crazy-long, for example. I definitely underestimated how much time it takes to put together a 45 piece puzzle. I was using mine/Christy's puzzle time as a guideline. I should have averaged our time with Pat's time... it took him longer to put together the puzzle than it did for me to take a shower. 25 piece puzzles would have worked better. Another issue, despite the multiple clue tests we did, there was some drama over the wording and misinterpretation of one of the clues. Bummer. We are determined to not make that mistake again! :)

I got to use a megaphone. Bossy people shouldn't be given megaphones! 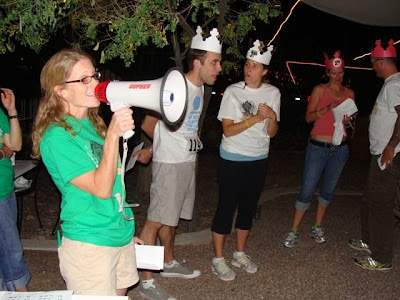 This team won the costume contests as Little Old Ladies. They were so cute! She even ran that whole race with that shawl on, and it was pretty hot!! 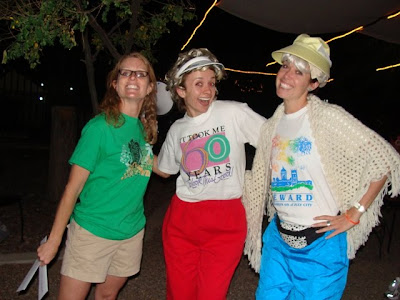 Overall, most of the teams had a really good time. We got lots of compliments. We were very pleased with our first effort!

Just took another break to see if we have any new registrants. Still no. :(
Posted by Diamond Girl at 10:22 AM