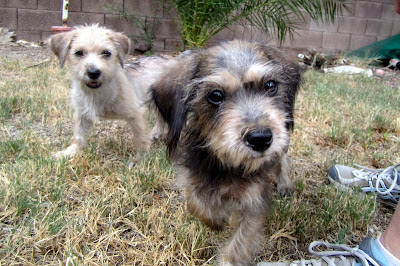 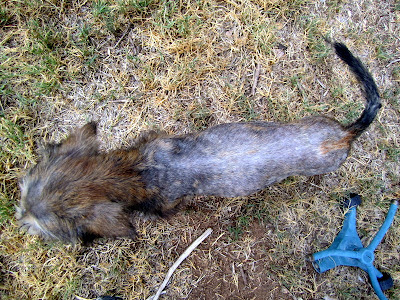 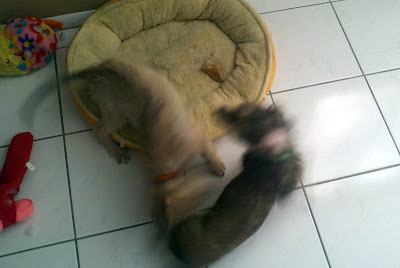 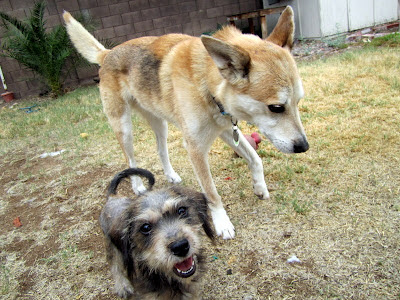 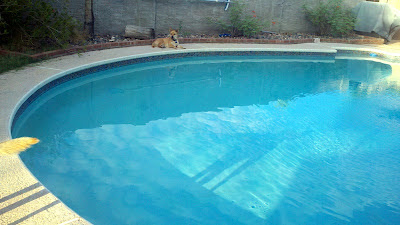 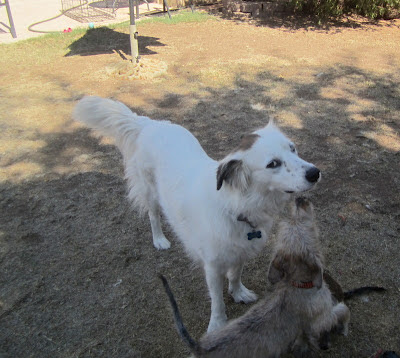 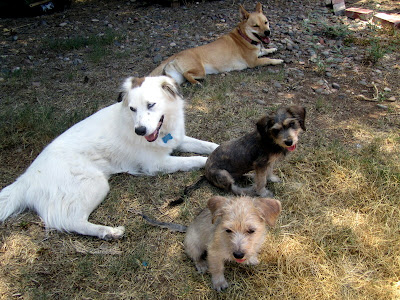 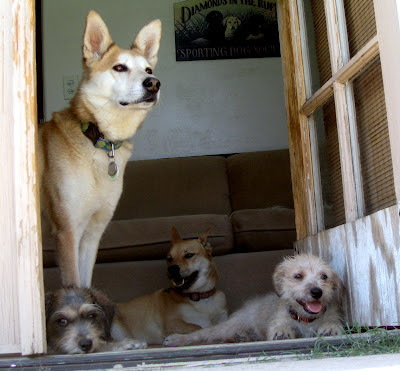 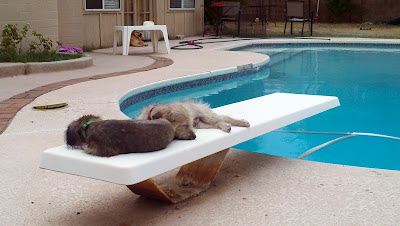 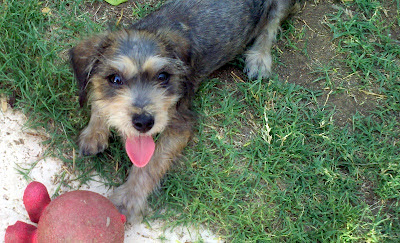 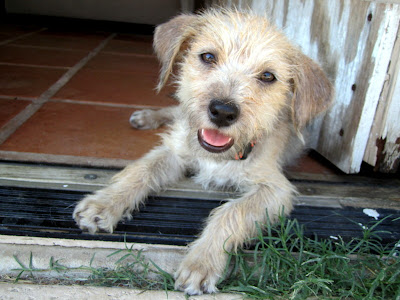 The cute Olympic puppies are getting neutered tomorrow and will be up for adoption on Tuesday. I'm guessing they will get chosen quickly. They are adorable, playful and Fielder is even housetrained! Good luck little Olympic puppies! We loved having you!!
Posted by Diamond Girl at 10:05 PM

Awh. I love their names, Track and Fielder. Clever!