Wedding day started out with pictures. After days and days of rain, Springfield finally had a sunny day...Yippee!! The leaves were just starting to turn colors and the park was beautiful! Most of the group shots were taken on this bridge. The girls - Amy, me, Anne and Anne's best friend from college, Heather: 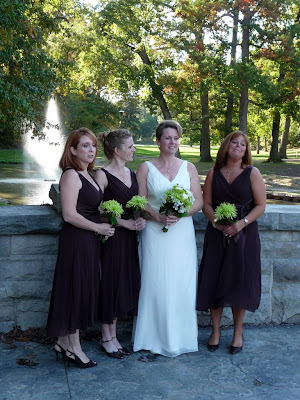 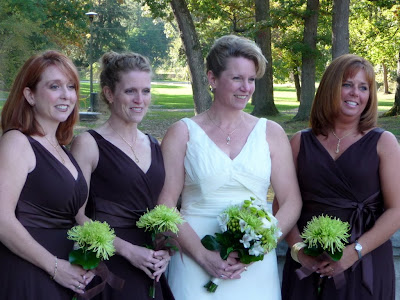 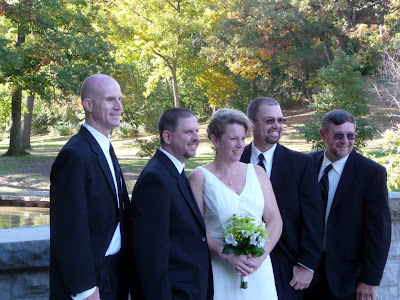 Kevin and the girls: 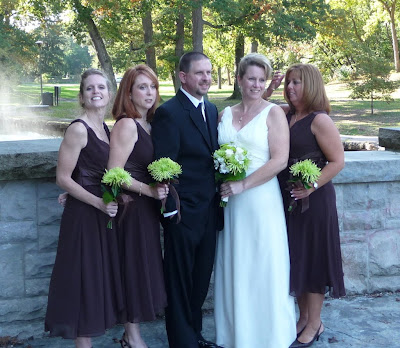 It was a nice sunny day, but don't be fooled. It was FREEZING! This is a more accurate depiction of the day: 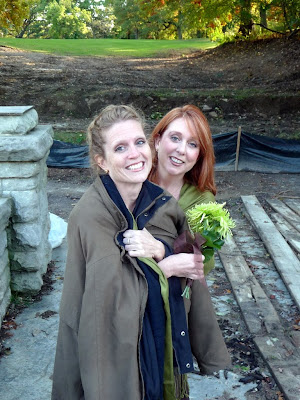 Eventually we were so cold that we couldn't even take our wraps off for the pictures anymore. (Speaking of wraps... aren't they cute? And they match perfectly! Amy and I found them at TJ Maxx that morning.) 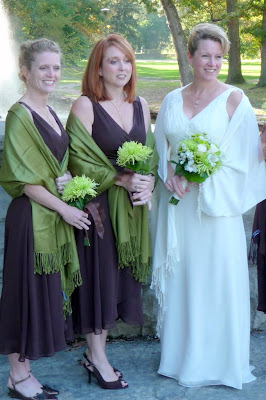 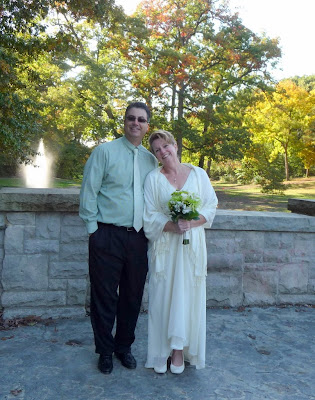 Finally I get to see my cute brother, Brett! Here he is with his cute wife and family: 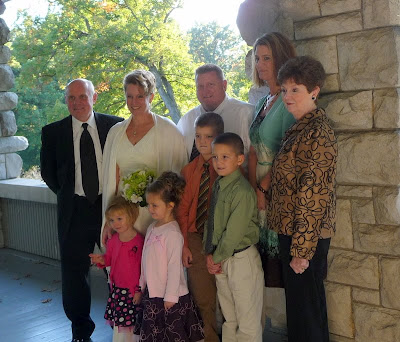 The venue all finished and ready to go: 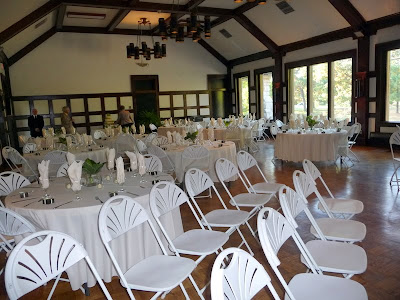 They use this building as a day care during the day! Weird. 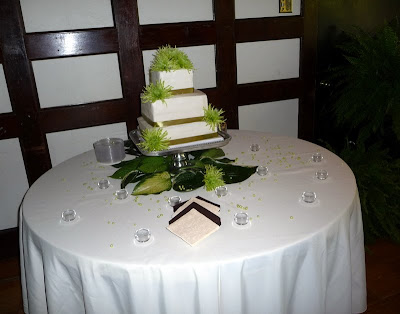 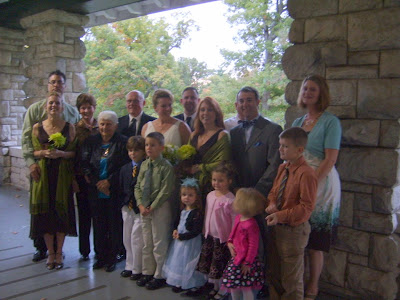 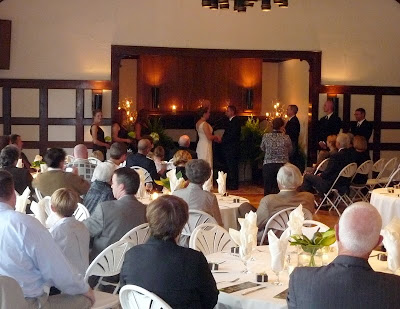 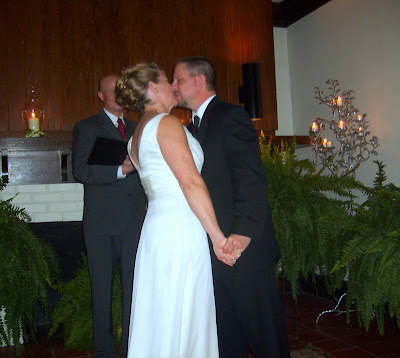 The food:
(seriously why don't I have a picture of the food? It was really yummy and the buffet was so pretty!) 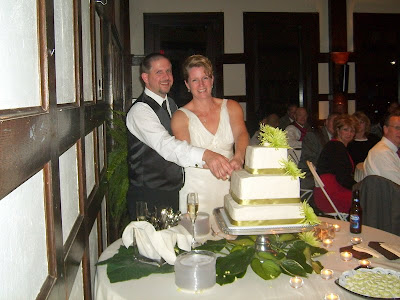 Pat made a new BFF at the wedding. Kevin's college friend, Jon, is a hockey player and a youth hockey coach. He's a Blues fan but he lives in Kansas City so he doesn't get to see NHL games much. He and Pat talked hockey all night. Until they talked phones - we all have the same phone: 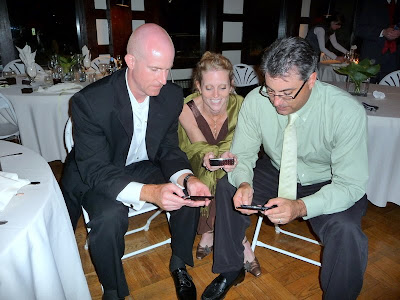 The final event of the night - clean up time! Bride and Maid of Honor tearing down the bar: 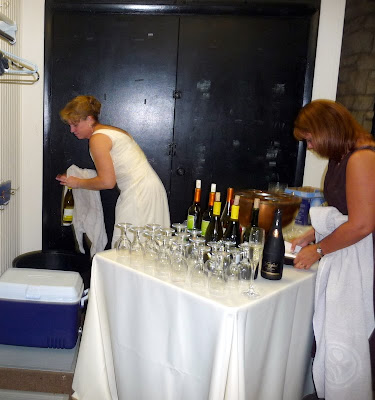 It was a beautiful wedding! Everything went perfectly, all the guests had a good time and Anne and Kevin were radiant. Congratulations, guys!
Posted by Diamond Girl at 10:19 AM

TOoooooooooooooooooo cute!! (tee-hee! get it? from your earlier post!!) Was the wedding at the Beach House??