'Twas the Weekend Before Christmas

When someone’s answer to a question is “I don’t know…go ask Santa”, you probably aren’t going to be getting that reliable information. The weekend before Christmas we signed up for the Reindeer Run 5K. It was a for-fun event, meaning they weren’t shelling out for timing chips or going to the effort to track times and post them after the race. Normally, I wouldn’t participate in anything “for-fun”, especially running…which I have to say I would NEVER classify as fun. So why did I sign up for this 5K? Cuz the website for the event said this:

Ho Ho Ho … Go! The Life Time Fitness Reindeer Run is a healthy and festive holiday tradition for the whole family — with 5K and Kids K fun runs, a costume contest and a chance to meet Santa, Mrs. Claus and the elves! Prizes for costumes will be awarded for group costumes (prizes to 8), pairs and individuals.

You know I love a costume contest! Christy and I decided to try again with our gingerbread men costumes. Christy added cute little beanies. 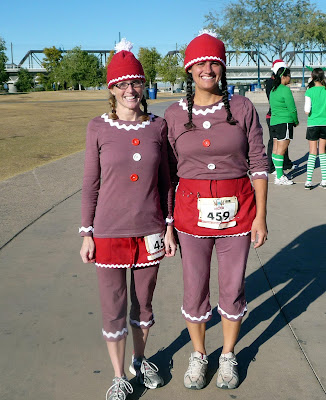 Emily and Nicole (and their friend Paula) went as Sugar Plum Fairies. 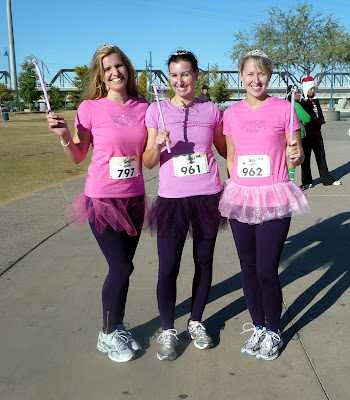 Christy finished the run in 28:05, I finished in 29:06. I hate running…so I walked some. :) After the run, we waited around for the costume contest, which according to the website was supposed to start at 9:45. There were lots of people in costumes, but the crowd was thinning out as the race had ended quite a while earlier. We asked at the check in table where to go…they had no idea. We asked a guy with a clipboard…he told us to ask Santa. Santa had no idea either. We walked to the start line, we asked the guy on the PA, we walked back to the check in area. Finally we hung out around Santa to wait for some sort of announcement. Nothing. Then a girl handed us some mittens. Huh? Apparently, we were being awarded prizes for…sticking around while wearing a costume? There was no costume contest. “Everyone’s a winner”, she said. Ergh. What a load of crap. Paula summed it up best, “I wanted to see the other teams crying in defeat!”But at least we got these really cool race shirts: 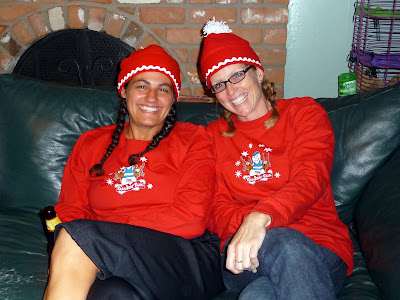 Christy and NFBF’s annual Christmas party was that night. I convinced Christy to dress like me. She didn’t want to, but since she ran out of time to take a shower and change into “real” clothes, she gave in. Sucka! :) 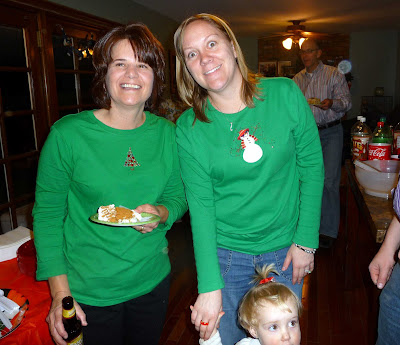 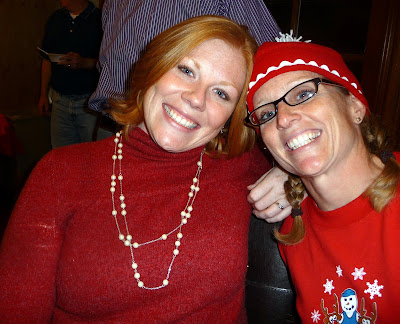 Me and the Old School boys (Richard and Chad, the original Pet Boys): 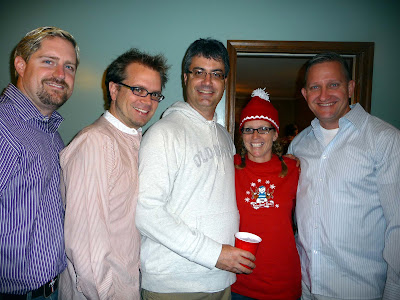 What do you supposed you’d find in a fridge with this label? 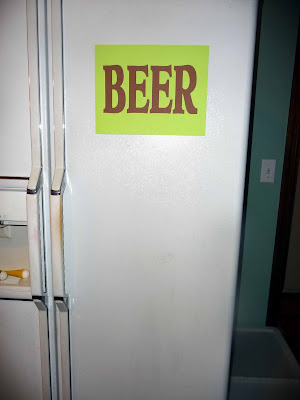 LOTS of beer. Duh. (How did you miss that one? It wasn't a trick question!) 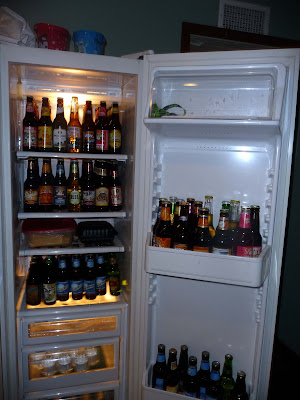 Love the race shirts. I might have to do that one next year!
R