I started off the year as the Winner of World Domination again. At our annual game day, while we waited for all our people to arrive, we started off with Blockus. I won. We played Quirkle. I won. When we finally had our whole crowd, we chose Risk with the Mission card variation as our long game. 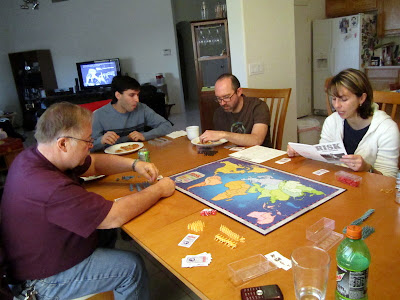 You guessed it...I won! I dominate the world for yet another year. Don't mess with me, people - I am a FORCE! 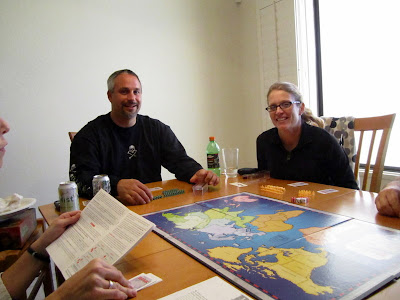 But it's Pat who always brings the PARTY! 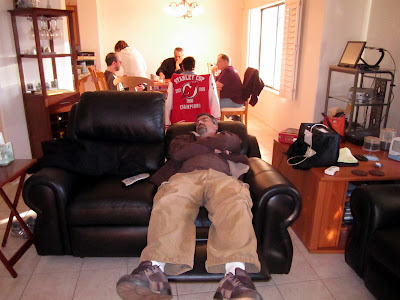 Later that night was Joe's annual Tweener Party which is supposed to be in be"tween" Christmas and New Years, though this year it was held on New Years Day which confuses the name. He sets up a mini game Olympics. This year there was trivia, poker, guitar hero and Minute to Win It games. Not surprisingly, my team won! Woot! Woot! for us. We each got hot sauces to take home and show off. 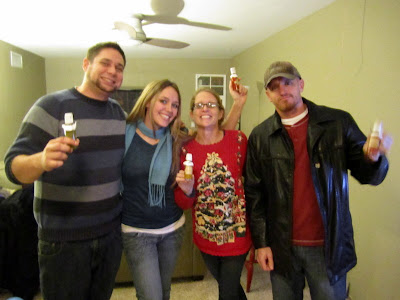 There was also an ugly Christmas sweater competition, but it appears that I was the only person who fully read the invitation, so there was no actual competition against my overly embroidered and beaded and padded-shouldered Christmas Tree. I won a whole box of hot sauces. It's gonna be a saucy 2011, folks!

And just for fun, some pictures to show how wild and crazy things get at our New Years' Eve party. That's right...we are puzzling party animals. Watch out! 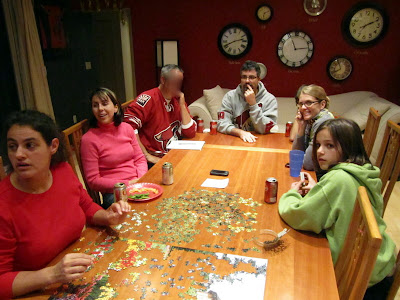 And the obligatory "I stayed up til midnight and I'm pretending to be happy about it" picture: 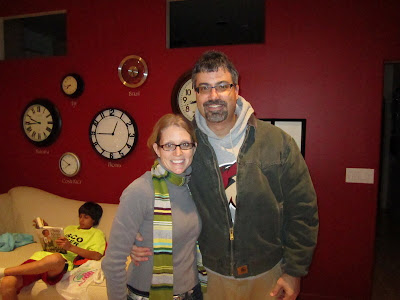