To All the Dogs I've Loved Before, Part I

This is Jeff. Jeff was my first dog ever, my first pet ever, actually. Wes, my boyfriend at the time, found some crappy backyard breeder of (super-huge) Shelties and we bought this guy for $150. Wes may have been bad for me in many ways, but introducing me to dogs and teaching me about how to be a good dog owner (excepting the backyard breeder thing) were two ways in which he was very good for me. 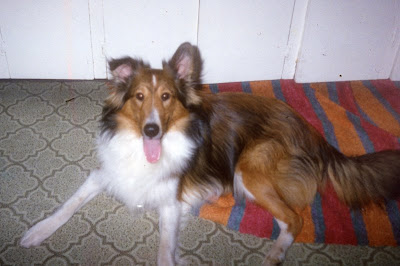 Jeff immediately became the love of my life and turned me wholeheartedly into a dog person. I was like a new mom who can only talk about her baby - I must have been very annoying! A couple months later, this little guy followed Wes home from work. We named him Darryl. 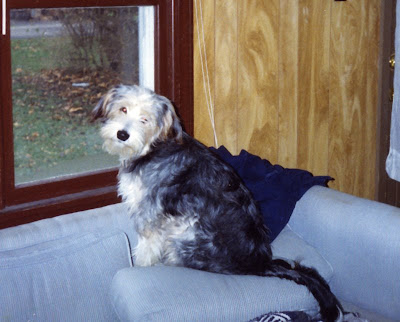 Jeff and Darryl were great buddies. Here they are with my sister Amy. 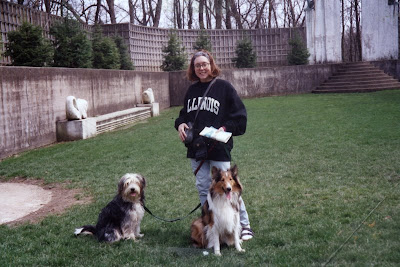 Wes got Jeff and Darryl in the break-up by using the irrefutable argument that I had friends and he had no one, so he should get the dogs. Very shortly after that, sadly (horribly, depressingly, devastatingly, break-my-heart-really-wanted-to-die-ingly) Jeff died of pancreatitis when he was only a year and a half. Darryl and Wes then moved to Alaska. For many years, Darryl spent summers with me in Arizona while Wes traveled. Summers in Arizona and winters in Alaska?? Poor dog. Eventually Wes and I lost contact. I heard from mutual friends that Darryl lived to be 14 or so.
Posted by Diamond Girl at 7:31 PM