The other day, Jamie sent me an email of a press release that said this:

For those who loved his baggy pants, and who couldn't get “Ice Ice Baby” out of their heads, we have thrilling Vanilla Ice-related news. Thursday, July 9, the ‘90s hip-hopper-turned-VH1-talking-head will be at Glendale's new McFadden's Restaurant and Saloon in WestGate City Center.
Vanilla Ice, 41, hosts a party at the two-week old restaurant, which features American pub food and has a reputation for ladies dancing on the bar. He'll arrive around 9 p.m. and is expected to stay for at least three hours, signing autographs and taking pictures with fans, who can also expect $3 Jager shots and Coronas.

He's made appearances at McFadden's restaurants across the country, usually performing “Ice Ice Baby” with the DJ while standing on the bar.


It's been a pretty slow summer so this news was greeted with glee and super-duper extreme excitement (of the ironic variety). There was NO WAY we were going to miss this. Except that we almost did because I had already played hockey and soccer and I was tired, Pat didn't want to go, Jamie generally never wants to do anything...the usual. Pat maintained his position, but Jamie and I rallied and headed out to Glendale to see VANILLA ICE! Squeal!!

There was a line to get in the bar. A line? Wow. We wondered if this was because this was a cool bar or if it was because VANILLA ICE! Squeal!!! was there. 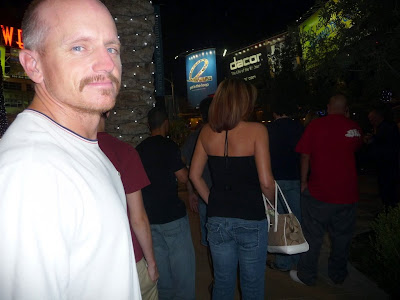 When Vanilla (can I call him by his first name?) showed up, it was like a mob scene. It was hilarious. That is him in the black hat with his back to the camera. 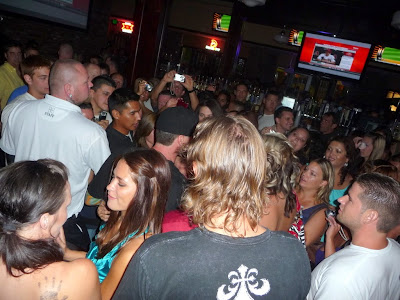 Because we are true groupies, we didn't let the crowd phase us. We skirted around the crowd through the restaurant section of the club, jumped over a wall, directly into the gated off area for Mr. Ice and his posse. Eventually a security guard threatened our lives if we didn't get out of the "secure" area pronto. We snuck under the rope and were in great position in the mob/line to get pictures with the Ice Man.

We watched the mob scene. We watched him sign autographs. It looks like there were posters made for the event and Vanilla Ice was wearing the exact same thing that he was wearing in the promo pics. Weird. Finally it was my turn. OMG! OMG! OMG! Vanilla Ice! Squeal!!! I gave Jamie the camera and stepped up. I think Vanilla really had a thing for Jamie. This was his usual pose for everyone else...a little bit of impatience and you know he's thinking "Good God, I used to be a star and now I'm at a bar in Glendale where people are only taking their picture with me because they think it's funny." 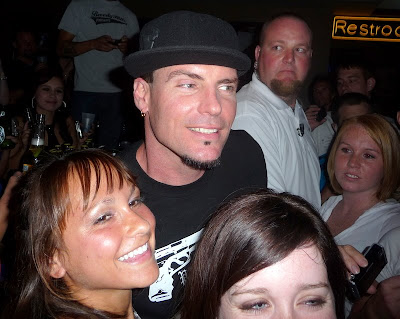 But one look at Jamie's 70's porn-star mustache and Vanilla Ice's eyes lit up and he struck a pose. I swear he is giving Jamie the eye in this picture! 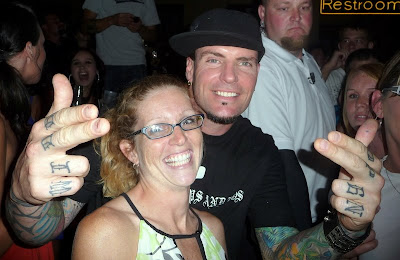 After the pic, we scooted out of the mobbed area. We waited a little bit to hear him sing. Eventually we gave up waiting. We've heard the song before, after all. :)
Posted by Diamond Girl at 6:58 AM