Last year I posted this about my very first adventure race. A year has passed, we've done several more adventure races and we're still having fun! And we are way less wussy than we were last year. 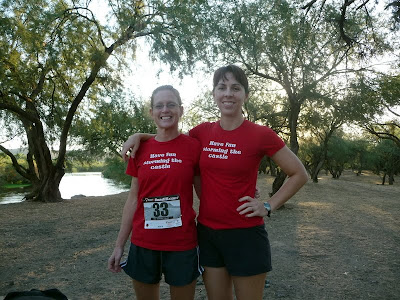 Irene and I again competed in the Extreme Heat Coon Bluff adventure race as Storming the Castle. Brian and Christy competed, too, as Adventure Troupe. The race was similar to last year with a few random orienteering checkpoints and then some ordered trekking checkpoints, mystery events mixed in and a final tubing down the river portion.

Many of the checkpoints were in the same vicinity as last year's so it was a lot easier to navigate this time around. Adventure Troupe trekking: 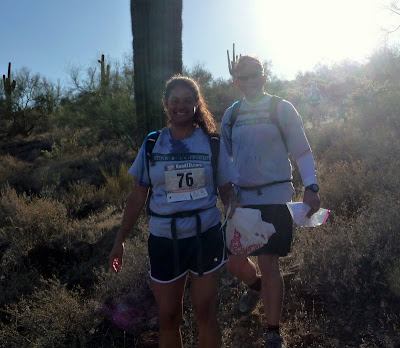 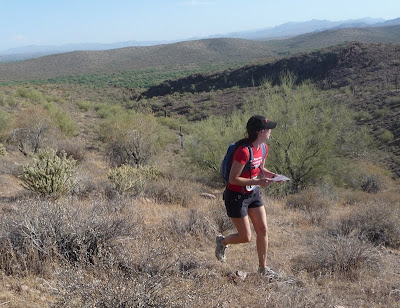 The first mystery event was to find a particular word in a 12 page catalog about energy supplements. Looking very carefully: 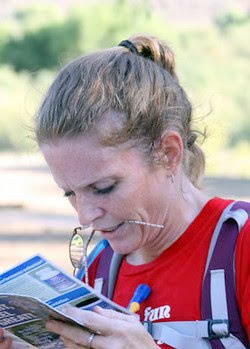 Or, more accurately, overlooking very carelessly. Christy and Brian shared the page number with us after they completed the challenge. Is it considered wussy to take help from others? Nah!

Another mystery event gave us 10 seconds to memorize 9 items (color, amount and item) attached to a board. 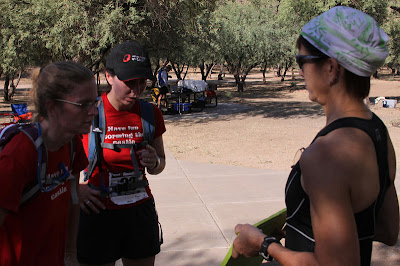 Then, since we were smack in the middle of the pack, we had to wait in this line...while trying not to forget the items...to recite them to a volunteer. 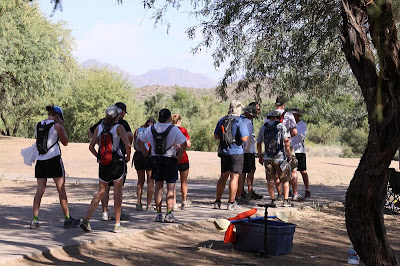 We got it on our first try and were able to move on to inflating our inner tubes for the river portion of the race. Yay! It was hot (extreme heat, actually) and we were looking forward to that river! Pumping up the tubes: 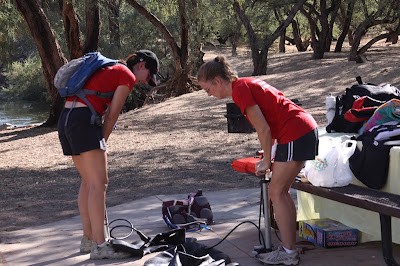 Brian and Christy arrived right after this and we had to share our pumps. Once inflated, we took our tubes and life vests and trotted off for the river entrance. There was a mystery event on the way that had us put on belts that were hooked up to a rope with lots of knots on it. You had to untangle the knots without undoing the belts. Irene was a superstar at this task. I just stood there and let her move the rope over me and around me until we were untangled. Brian and Christy did just as well and we left together.

Finding the entry point to the river isn't easy. Irene is my map-guru so I left it in her capable hands to find it for our team. At one point it appeared that we were lost and going in the wrong direction. I was fine with this, but Irene was worried that Brian and Christy would be mad that we were leading them astray. She let them know they didn't have to stick with us; they could navigate whichever way they wanted. Their response? "Um...we got rid of our map a long time ago!" So, they stuck with us. :) And we found the river!

It was WAY higher than last year. Last year we walked portions of it, but this time we were able to hand-paddle and kick the whole way. The water was moving so fast, I was afraid we wouldn't be able to get out at the designated spot. However, I made it out with only a little peril. Brian and Christy were right behind us as we crossed the finish line. Hurray! 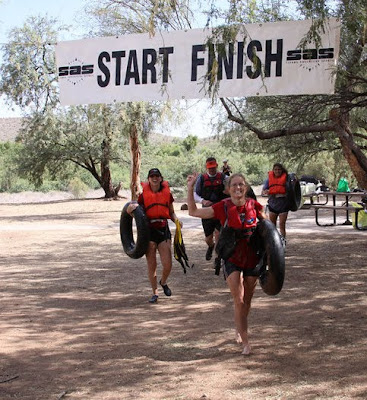 And what do you know? I was again blessed by the choosing of the correct category to enter. Storming the Castle finished SECOND in the female division! Woo Hoo! With our awards: 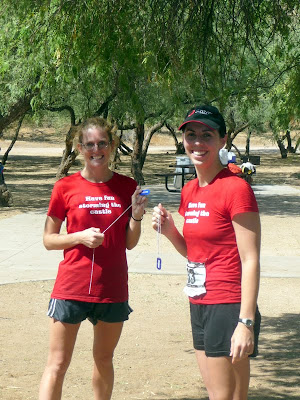 And again, Christy was cursed by entering the wrong division. Like the Women's Adventure Race, where she beat us by 45 minutes and got no recognition, this time she got the exact same time but came in sixth in the coed division. 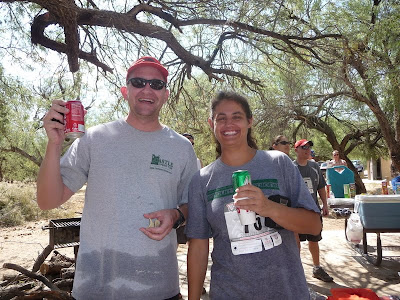