I'm almost caught up on my blogging! Yay!

Last weekend, I went to Austin with Kiri and Sarah for Lili's 40th birthday. This was a surprise visit orchestrated by her sisters. They invited two other friends (one from DC and one from Dallas) as well. When we arrived, Lili's sister Claire picked us up at the airport and housed us until it was time for the big surprise. Poor Lili thought her 40th birthday weekend was going to be a thrilling dinner and a movie on Saturday and a way-cool family outing to a trashy restaurant called Catfish Farm on Sunday. Ha! She sorely underestimates her family and friends!

Lili's boyfriend, Chris, was responsible for getting her to the Roaring Fork under the guise of some friends inviting them at the last minute for drinks. Lili likes to be in charge so we were worried Chris might have some problems getting her to agree to the change in plans.

Anxiously waiting for Lili to show up: 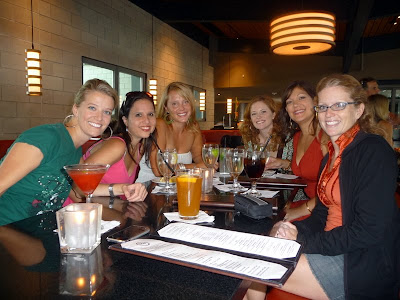 (Sarah, Kiri, Andrea, Megan, Paula, Me)
I thought her sisters were going to explode from the excitement. They were so nervous! But nothing to worry about. Chris did his job and got Lili to the bar. She walked in, saw us, looked confused for a second and then just stopped. Still. Dirty look at Chris. And the next hour was spent with her trying to figure out the logistics of how we pulled this off! :) 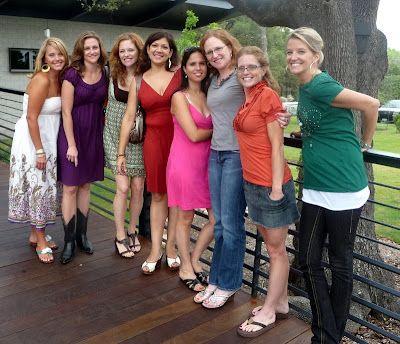 (Andrea, Claire, Megan, Paula, Kiri, Lili, Me, Sarah)
After Roaring Fork, we headed out to a bar/ampitheater place called Nutty Brown to see Bob Schneider in concert. He's an Austin thing, but he's known nationwide. He dated Sandra Bullock for a while, but only because neither Lili nor Sarah went home with him after his last show at the Rhythm Room in Phoenix. Not that he actually asked of course, but the looks he was giving them (um...I mean 'the crowd') implied the invitation. 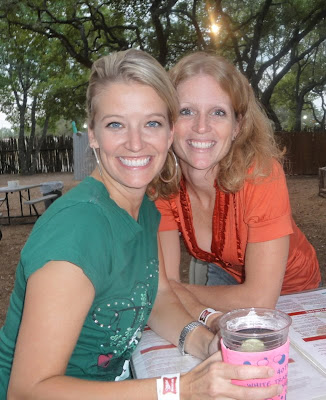 I could totally be a Kriens sister, don't you think?? 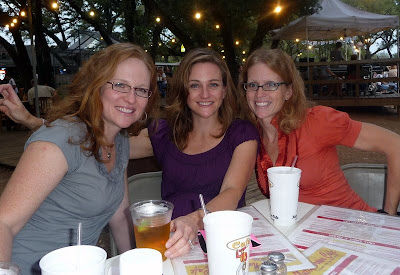 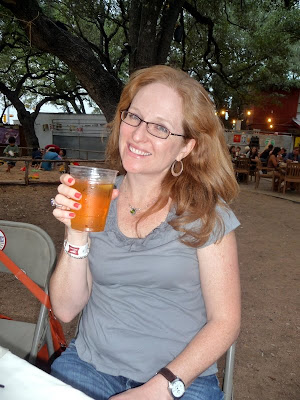 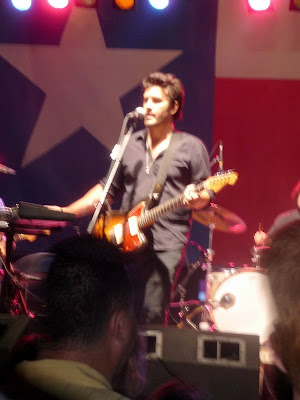 He was good. I liked him. I'll probably even get the new CD he's releasing at the end of this month. You should, too. 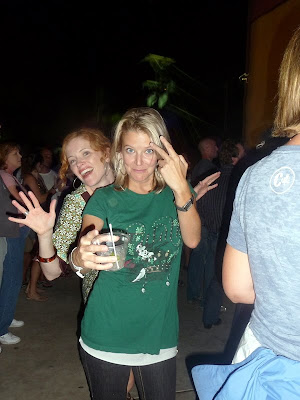 Stayed tuned for Day 2 of the Austin trip - The White Trash Birthday Bash!
Posted by Diamond Girl at 10:57 PM

yay....Zippy!!! What nice comments and pictures. you are so awesome. (Lili)