If you recall, just a few short weeks ago, I resolved to become a more timely blogger. And also to win the lottery. I have been successful at neither of these things.

But I have added another post about our Denver trip here.

I guess this is as good a time as any to put in a blog post about our most recent boating outing. I'd put it in chronological order if I had any recollection of which weekend this was. Maybe resolutions don't suck, maybe I just suck at resolutions!

It is surprisingly difficult to find people who want to go to the lake with us. You'd think that people would want to escape the heat for a bit and cool off at the lake. However, it seems that most people are too busy to spend a day away. Or maybe people don't really like me enough to commit to being out on the lake with no means of getting away from me. Or, in one friend's case, minor surgery occurs the Friday before every lake trip. Whatever the reason, it seems that Pat and I have not been boating much this summer due to lack on interest of our friends. But one weekend, I talked Christy into going with us. Maybe her agreement was based on the bribe that I'd let her bring one of her kids.

Miranda was a fabulous flag girl while I wakeboarded. 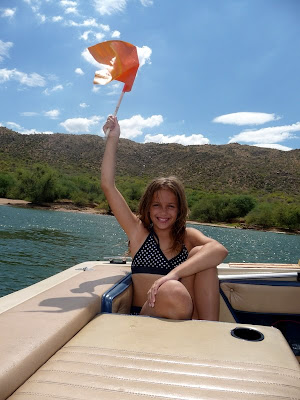 And Miranda was a very good sport while trying to learn to wakeboard. She did everything I told her to do and she was very persistent in trying again and again. She eventually made it up a few times. Yay, Miranda. 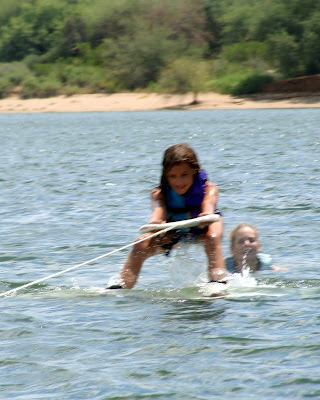 Christy was hesitant to try it because she was afraid she wouldn't get up. Yeah, right. Christy can do everything. Up on the first try: 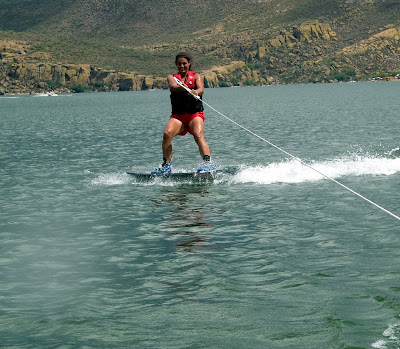 We stopped for a little while to play on this "beach". This is as beachy as it gets in Arizona. 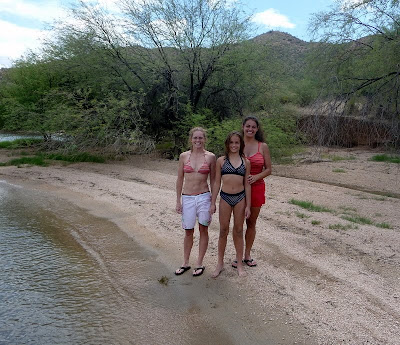 Me and Pat and our old, old boat: 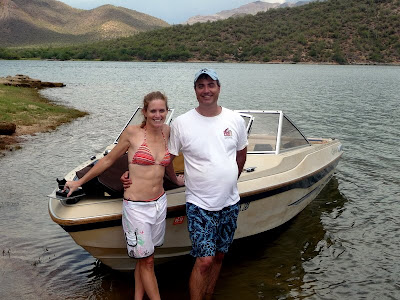 We ended up cutting the day short because the sky all of a sudden looked like this: 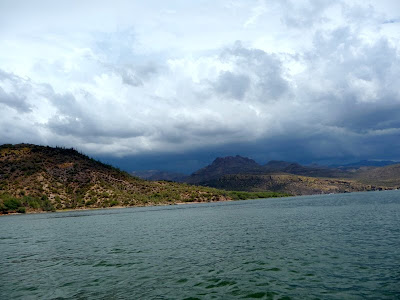 As we were leaving the lake, we could see the huge amounts of rain falling over Bartlett and past Fountain Hills. And in Phoenix? Sunny and clear. Weird.
Posted by Diamond Girl at 10:14 PM