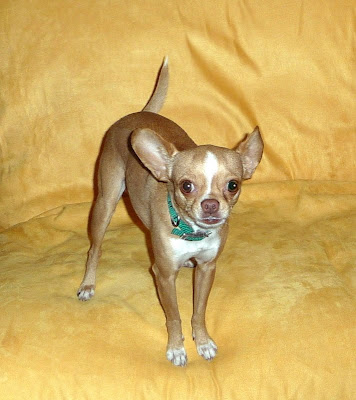 Generally, General Lee is all better. His broken ribs are healed and his once-holey lung is now functioning at normal capacity.

"Just popping into this picture to say hello!" 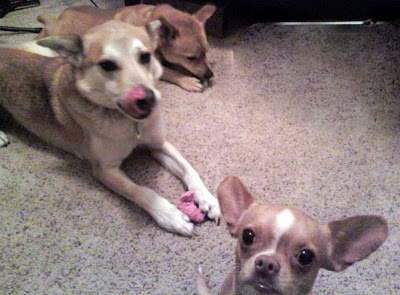 I am taking him back to the Humane Society tomorrow.
"Oy. That is depressing." 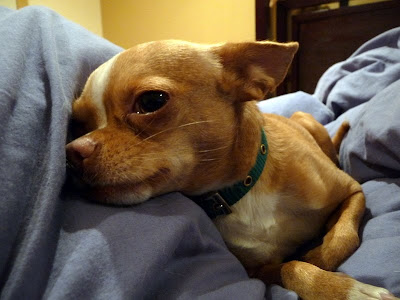 I will miss the little apple-head. He is a hilarious, snuggly, wide-eyed, right-angle nosed, little wawa. He's been super fun to have around. He loves to be held and carried around, especially by me. 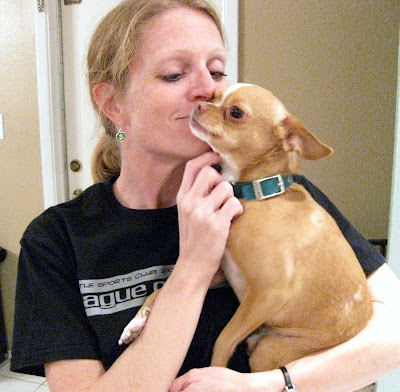 He'll snuggle up with Pat when I'm not at home, but as soon as I walk in the door, Poor Pat is forgotten completely. He follows me all over the house. He sits in my lap when I'm on the computer. He curls up around my neck when I take a nap. He's such a little love-bug.

His claim to foster fame is that he's the only one I've fed on the table. 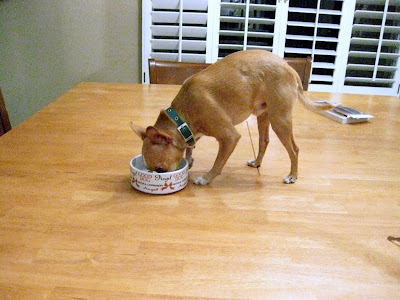 He eats really slowly and for the first few weeks I had to keep him separated from the other dogs, so this was the easiest way to keep them away while he ate. For the past two months we've eaten breakfast together every day. One day I walked away from my breakfast while he was eating his...and came back to find him happily lapping away at my bowl of Cheerios. :) 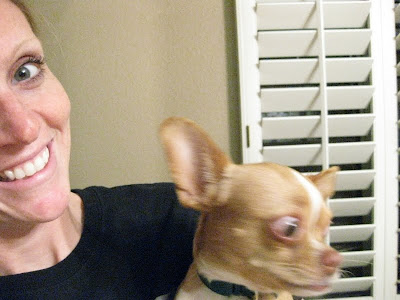 The doorbell rang right as I was taking this one. I'm telling you...this dog is hilarious! This face sums it up! 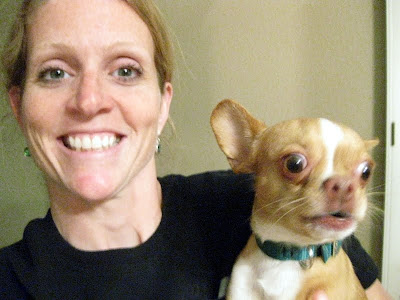 Find a good home, General Lee! I will miss you lots and lots!!
Posted by Diamond Girl at 6:23 PM

You wrote... "I'll miss his little wawa." Are you kidding me? That thing is HUGE!!