I Am Not a Snowboarder

I am not a snowboarder, but I gave it a valiant effort. Despite 1) being quite sick and taking Dayquils every two hours, 2) having a board set up regular when I am goofy-footed and then thinking it was worse after I had the fix-it guy switch it, 3) being rather uncoordinated to begin with and 4) being terrified of breaking my bones...I think I did rather well. Meaning that I didn't break any bones!

I was really talented at sitting my ass down as soon as I picked any speed, in order to prevent an unpredicted fall. 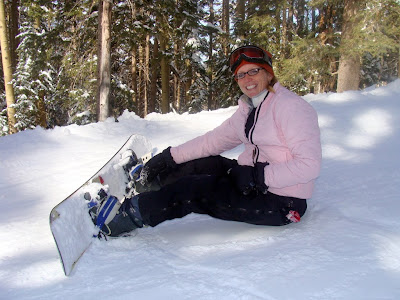 And I was also pretty talented at laying down to rest. 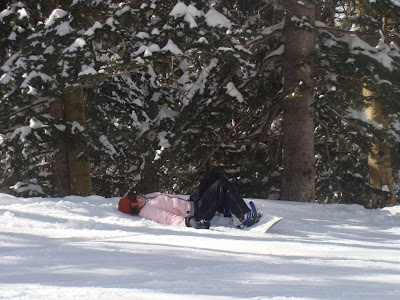 Christy also was pretty good at the not-going thing. 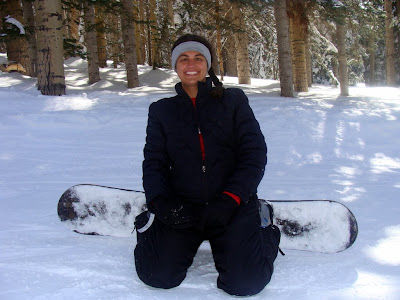 We did eventually learn to go, too. 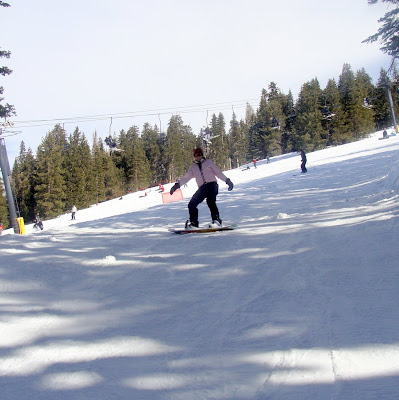 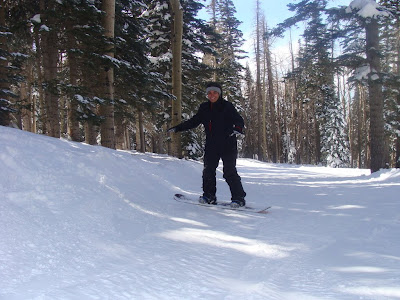 And on our last run of the day, we both made it down a blue hill without falling! Mostly though, I refused to fall because my shoulder was hurting really bad from the 18 million times I had caught myself landing backwards all day long. Ouch.


I am not a snowboarder.

(Somehow I've got no pictures of Karissa and Kristen. Kristen was nice enough to teach us some skills and then they went on to spend the day skiing the big hills while we spent the day being thankful for waterproof pants.)
Posted by Diamond Girl at 9:38 PM

Glad you made it back in one piece.