At the Ugly Christmas Sweater party in December, Nicole, Emily and I made a New Year's Resolution that in 2010 we would dress up in costumes more often.

To that end, Nicole's 30th birthday was a costume party, specifically an 80's party to celebrate the year that started it all.

Nicole went crazy with the crimper, which for the record, has been in Emily's possession since the 80's. 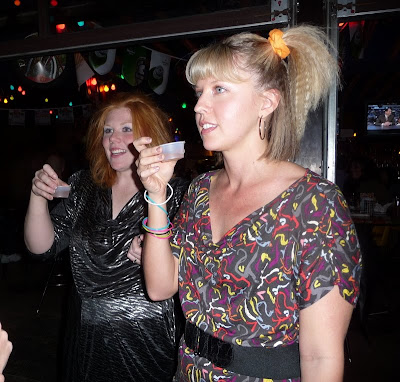 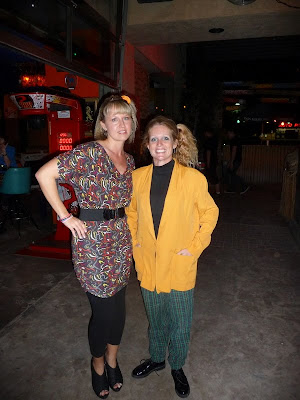 Emily does her best Jem and the Holograms. 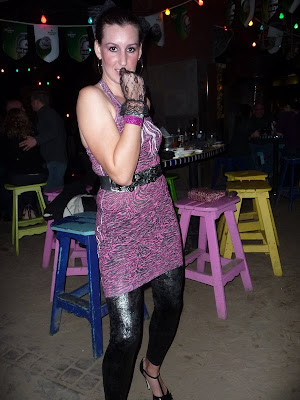 Karissa goes Working Girl 80's. Damn, that dress was a find! Sun City has some good thrift stores if you are in the market for something equally as stunning. 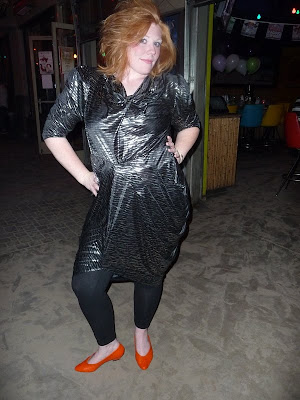 August is such a poser. She's not much of a costume girl. We couldn't even get to her actually put on the New Kids on the Block t-shirt! 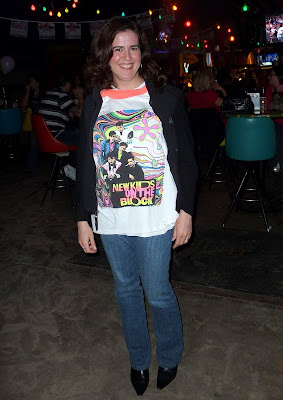 What a bunch of 80's hotties. I know all the other people at the bar were so jealous of us! ;)