This is the definition of optimism: 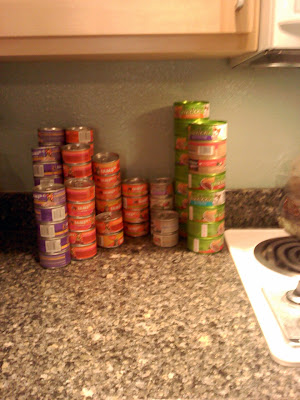 Poor kitty. A year ago I took Al to the vet for what turned out to be a lung infection. I was told then that he also had the beginnings of kidney failure and a weak heart. I think the lung infection is starting to come back - he's coughing a lot again. Also, he has lost even more weight. Poor little guy is just skin and bones. He still looks like a big cat though thanks to the fluff! 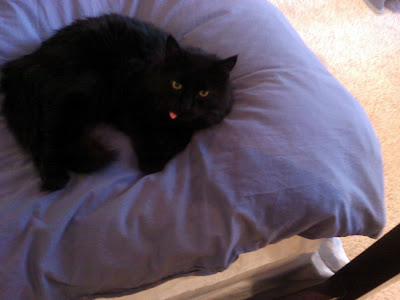 While he is losing lung, kidney and heart functionality, he hasn't lost any functionality of his purr-motor! He's a happy little kitty (as long as Mo isn't around hassling him). He likes to curl around my head and purr directly in my ear. He also likes to chew my hair and bite my skull, but that isn't allowed. Naughty kitty! 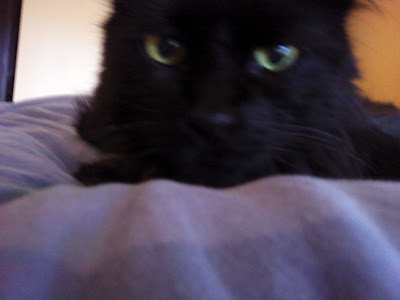 How old is your kitty?
How did he become part of your life?

I do the same thing. My cat is 18 years old and aging fast. I keep buying cases of food with the hope he sticks around to finish all the yummy soft canned food he's getting due to his age.

Hi, nice blog & good post. You have beautifully maintained it, you must try this website which really helps to increase your traffic. hope u have a wonderful day & awaiting for more new post. Keep Blogging!