To All the Dogs I've Loved Before, Part II

Since Wes got Jeff and Darryl in the break-up, I had to get a new dog. I went to the Sangamon County Animal Shelter and debated between a chow-mix puppy and a year old Samoyed. I have a thing for white dogs, so I was definitely leaning towards the Samoyed. However, the Samoyed needed an immediate bath, which would not be possible since I was visiting my parents who don't allow dogs in the house. It was the chow-mix puppy's lucky day. I initially named him Mitch, but didn't like it and changed it to Joe. Joe was the all time best dog, my Forever Dog, the dog that sets the bar for all dogs. He was everything to me. 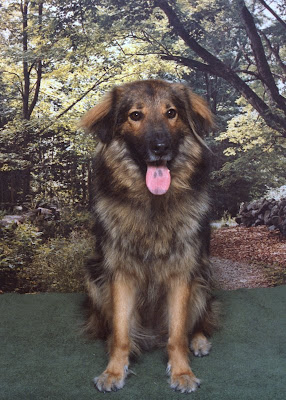 Not even two weeks after I got him, he came down with parvo or distemper, I never really knew which. It cost me over $1000 in vet bills, but he pulled through and proved to me every day that he was worth it. Joe broke my heart and died of congestive heart failure at 10 years old.

Henry joined our family a few months after I got Joe. Henry was a good dog, a little bit noisy, but a good dog. He wasn't necessarily barky, just talky. 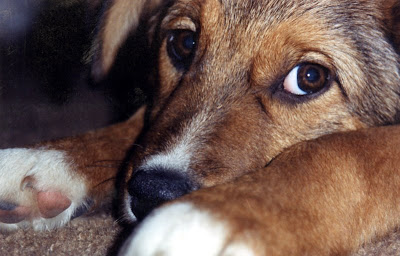 He was very intelligent, which was a good thing because he certainly wasn't pretty. He had a tendency to get fat until Christy started taking him running. Henry was 8 when he died of blood cancer. He showed no symptoms and then one day he just collapsed when trying to stand up. It was already too late and we had to put him down that day. 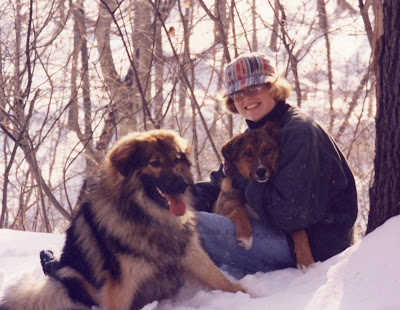 Then came Bridget. I was volunteering walking dogs at the shelter in Grand Rapids and there was a Borzoi puppy there. A stray purebred Borzoi puppy! WTF? Who loses a Borzoi and then doesn't go look for them at the pound? After her waiting period, I snatched her up and brought her home. This was how tiny she was when I got her: 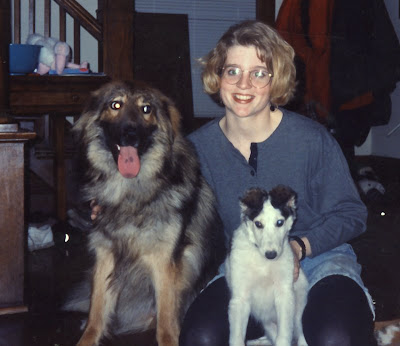 This is how big she was within the year: 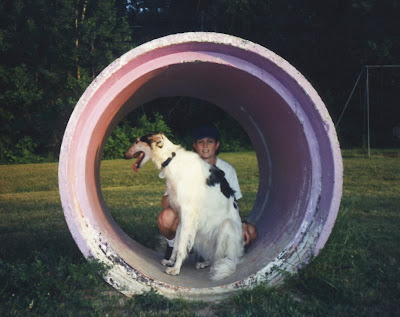 I loved Bridget, but she was a dog-aggressive, stubborn pain in the ass and, accordingly, she lived forever.

During the Joe-Henry-Bridget years, I dated a boy named Mikey. Mikey wanted a border collie, did some research and got Dolby. Dolby was the smartest dog ever. He taught himself to stay out of the street, he could sneeze on command, he could hang his frisbee up on a nail after playing. If only there had been agility in Champaign, Illinois at that time, Dolby would have been a super star. Mikey and I eventually broke up and I don't know what happened to Dolby. I hope he lived a long, happy life. 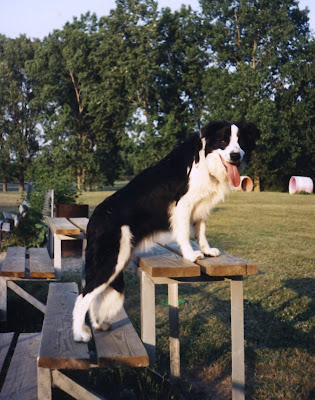 Here are a couple shots from the four-dog phase of my life. Aw, Dolby was such a cute little puppy. 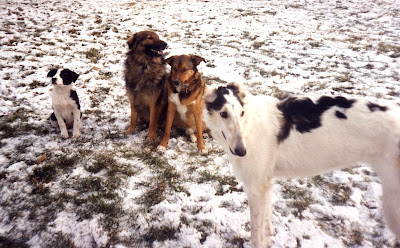 This was taken when we were moving from Michigan to Arizona: 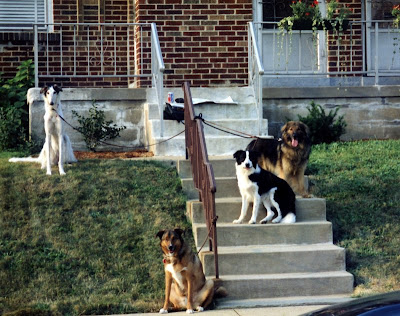 I don't know why I had Darryl in the winter this year, but I did. I think this was the visit he chewed a big hole in my Harriet Wheeler autographed Sundays t-shirt. Naughty dog!! 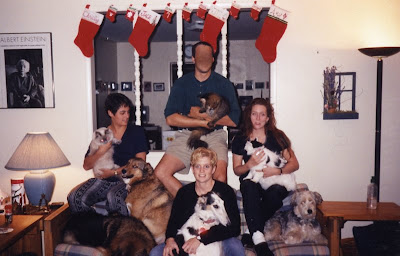 Zippy, I love looking at your former dogs (we are all obsessed wtih Jeff and Darryl, of course) but even more I love seeing your former 'dos. and ... nice GLASSES!