I Am A Good Friend 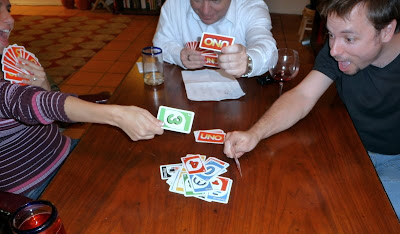 I know it's gotta get a little old playing games with me because, well, you know, I always win. It's not my fault that I am better than you.

But because I am a good friend, on Friday night I let someone else win. The game was SuperSpeed UNO. I started off the first few rounds in my usual place at the top of the leaderboard, because well, you know, I'm better than you. But then I let my competitive streak lie low and let someone else take the limelight for a while. Sarah and Wayne (who aren't nice like me) did not reign in their competitive spirits and they showed no mercy on the table. 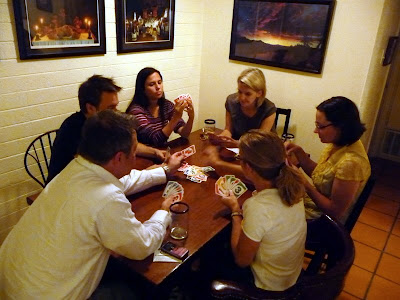 SuperSpeed UNO is a dangerous and cut-throat game. We considered the night a success as there were no trips to the hospital. However, Wayne did suffer a sprained pinky finger, courtesy of Sarah, and there were multiple shouts of "Hey! No elbowing out!" If any game needed a referee, this was it!

In the end, after some whole-table plotting against Sarah (that sadly repeatedly backfired to screw poor Jen), the last crazy hand shook everything up. I allowed Brent, the nicest player in the game, to take the victory. See, aren't I a good friend? Sarah got second by two measley points and I fear she is still wallowing in bitter defeat. And Wayne? Maybe I'm not that nice of a friend because I am now going to gloat....YEP! I beat him. Ha!


My good-friendness didn't stop on Friday. Nope, my generosity and all around awesomeness carried over to Saturday. See - everyone knows I hate kids, right? But then how can you explain this picture? Me surrounded by a bunch of kids and .... smiling??? 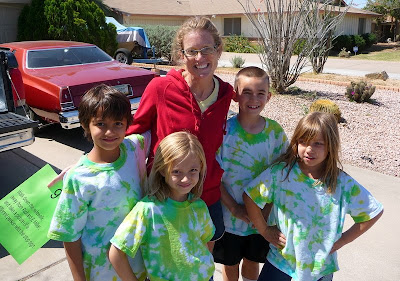 It's because I'm a good friend! The NFBF's had a birthday party for their daughter that included a neighborhood treasure hunt with clues and games. I agreed to let my house be a stop on the hunt and to be the activity monitor. You read that right. I willingly gave up part of my Saturday to spend time with a bunch of kids. Wow, I AM a good friend!

The two teams each had to put together a Winnie the Pooh puzzle before I could give them their next clue. I am so Phil Keoghan. 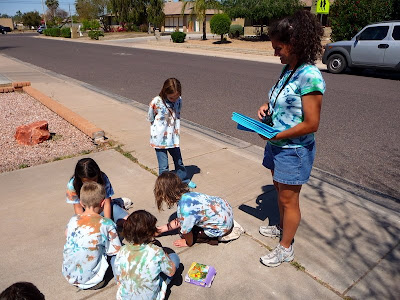 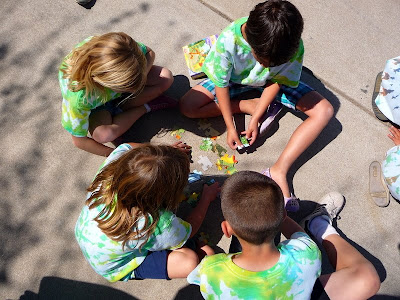 As if that's not enough...then I drove all the way across town to entertain a bored Laura with a game of Scrabble. And that is where I drew the line. I can't be nice all the time. So I trounced her. Sorry, Laura!

You'd have been a better friend if you'd have invited me to UNO mania! Ohhhh snap!!!

that is one HOT car in the drive. it seems like it might be droppd?? could it be?

Damn right I'm wallowing in bitter defeat! but thanks for at least acknowledging that y'all were actively trying to screw me. I keep telling people that's the only reason I lost and they are oddly unconvinced ...

You know what? I DID have a good weekend. It was what I needed to banish the cosmically glum.

Elaine - I apologize for the exclusion. I'm gonna blame that one on Sarah.