May Is My Month of Domination!

This part of the post has nothing to do with the blog title:
For Craig's 30th birthday he wanted to go hiking and play games. To accommodate my soccer schedule, hiking was planned for the afternoon. Do you know how hot it is in Phoenix at 1:30 in the afternoon in the middle of May? It's about 104 degrees! That's hot. And trails in Phoenix don't come with shade. But we're crazy and we're sort of training for our Grand Canyon hike in July, so we set off to do 8 miles of Trail 100. 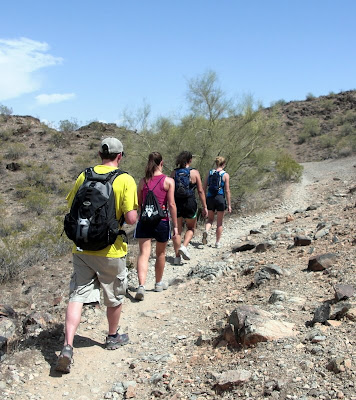 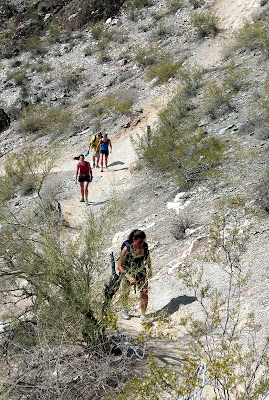 Craig's co-worker Nick and I got a little overheated on the one super-steep incline. To avoid full out heat exhaustion, I had Pat come pick us up at the halfway point. The others finished the hike while Co-worker Nick and I did the smart thing - we went swimming!

This part of the post also has nothing to do with the blog title (despite appearances to the contrary):
All birthday boys need their spankings! 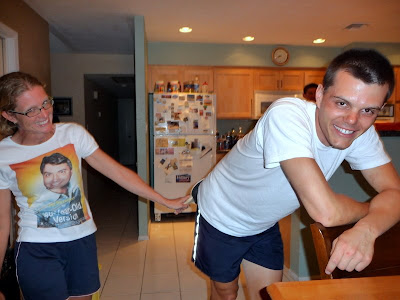 This part of the post finally ties into the blog title:
Ok, spankings accomplished...it was time to play some games, per Craig's wishes. We started with Acquire, which Laura won. No need to elaborate on that. Let's talk about the next game and the first of the reasons behind this blog post title. The next game was Risk. It was an all-out war! Well, obviously, because that's what the game is...duh. My Risk armies are always comprised completely of gays and women in the military. And on Craig's birthday, my little gay armies and my little women soldiers kicked worldwide ass!! Yep, I won the game and became the DOMINATRIX OF THE WORLD! I suppose I should have let Craig win, since it was his birthday and all. Ummm...huh? Yeah, right!

These are all the people I dominated: 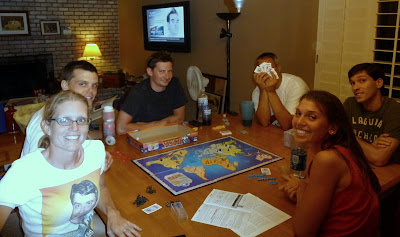 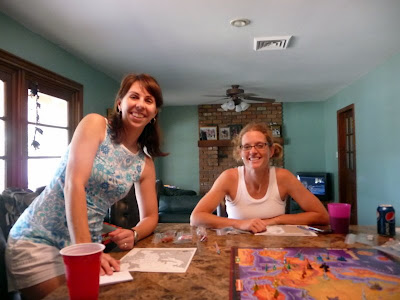 The boys I dominated: 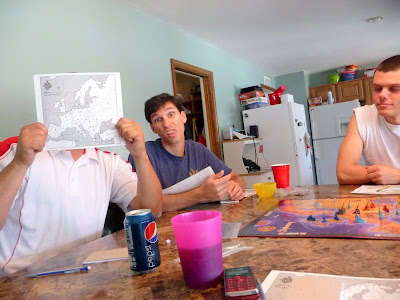 And the NFBF's foster kitty, who found Diplomacy to be quite exhausting: 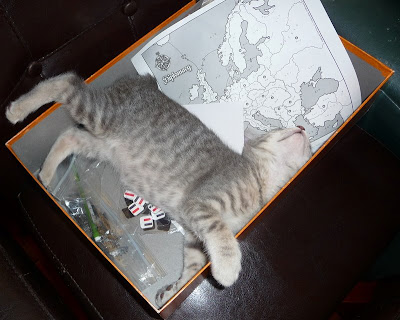 "We started with Acquire, which Laura won. No need to elaborate on that."

I can't believe you have the nerve to skip over the best part of the day! :-D