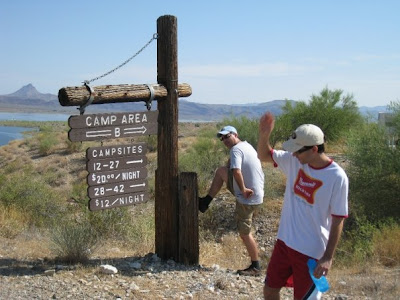 I wish I could explain the above picture, but I can't...other than to say that last weekend we went camping at Lake Alamo. We wanted to go to a lake so we could take out Pat's boat and also try kayaking again. Here is our campsite: 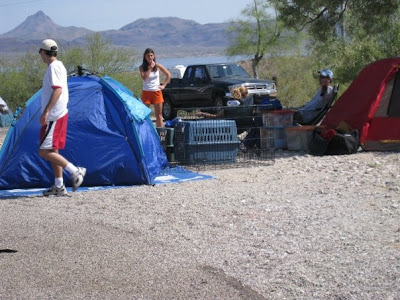 Pat and I had a little "discussion" a few weeks ago about 3 dogs being too many to take camping. I, of course, thought this was ridiculous. The solution was for the dogs to have a tent of their own (the blue one above). This worked great until the wind snapped the poor little tent poles clean in half on Sunday afternoon. That night, the pups had to sleep in their crates. :( 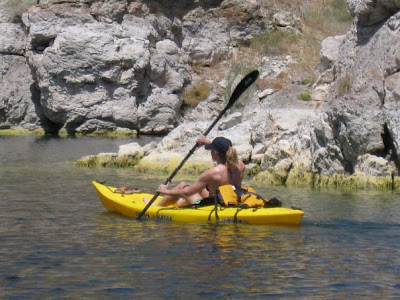 I don't remember it being quite as much work last time. My feelings on kayaking have gone from hatred to love and now they are resting in the fair to middlin' range. 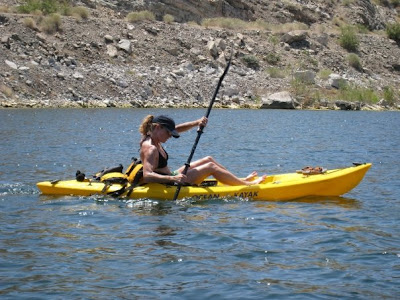 There are wild donkeys at Lake Alamo. Apparently when the mining boom ended, the miners left their donkeys behind and now there are packs of them roaming around. I heard them late at night and early in the morning "eee aww"ing away, but I only saw this one: 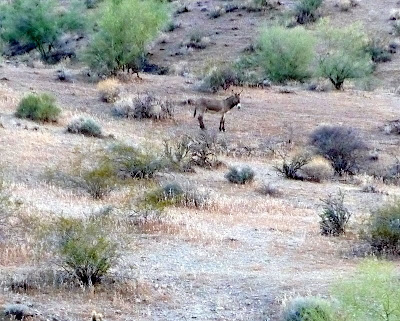 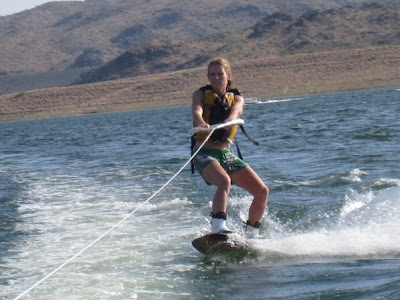 The water was really, really choppy. We didn't stay out long. On Sunday morning we went out again. This time the water was smooth as glass!! It was AWESOME: 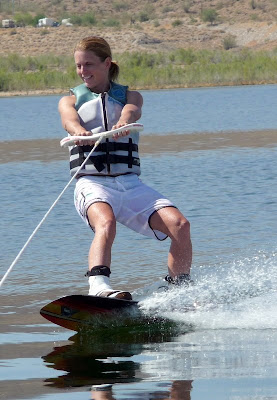 Even though the water was perfect, I didn't try any tricks because I'm still gun-shy from my Maven Session humiliation. I'm terrified of getting hurt. I did land a tiny little jump off the heel-side wake, so I'll be proud of that. David was awesome - he learned how to go over both wakes and back to the middle and hardly fell down at all. By the end of his runs, he was well on his way to becoming pro.

Craig is from Texas, so he has inherent rope throwing skills: 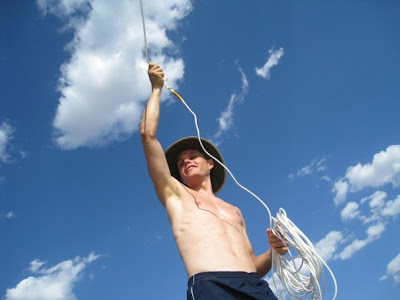 The best part about camping is toasting marshmallows. Mmmmm, marshmallows. I could (and pretty much did) eat the whole bag. Here is a picture of me, apparently pouting because I had to share the skewers with Iren: 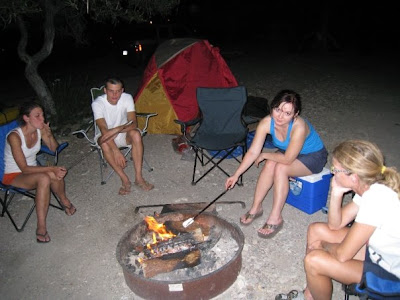 One of my favorite parts of the trip was taking the dogs down to the lake. It was a bit of a hike from campground to lake: 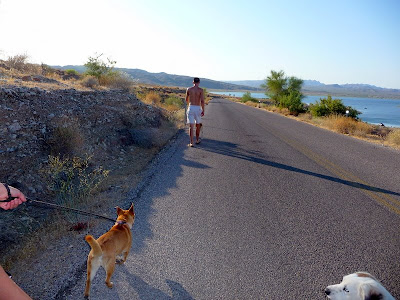 Frankie and Georgie hate the pool but like the ocean, so I was interested to see how they would feel about a lake. Georgie started swimming immediately. It was so cute. 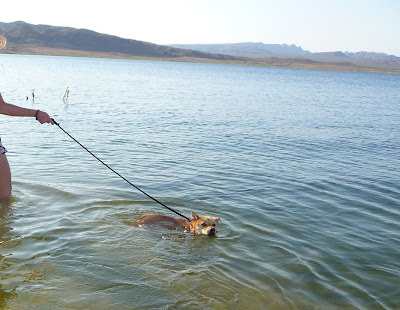 Frankie swam a little, but mostly just wanted to drink the water. 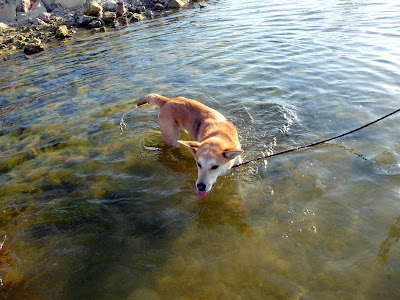 Mo waded into the water after some hesitation, and she swam a little bit when I led her out to where it was too deep for her to touch, but she wasn't so thrilled about that. 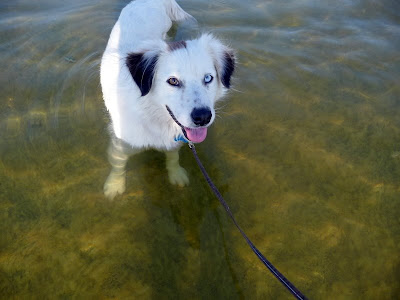 David taught me to play Go and I taught him to play Backgammon. He was much more successful at learning my game than I was at his. I think I had a complete losing streak all day long. 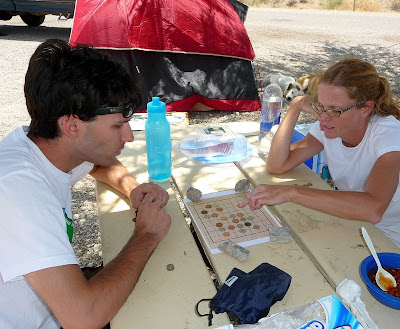 Well, them's the highlights of the trip! It was fun and hot and tiring and I ate way more than I exercised, but a good time was had by all.

Oh, wait...Craig wanted me to document that these words came out of my mouth: "I'm candied out." Documented.
Posted by Diamond Girl at 11:08 PM