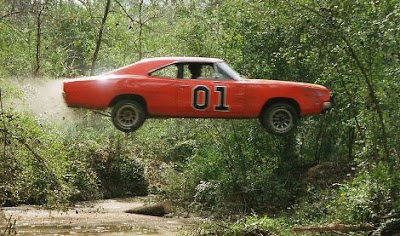 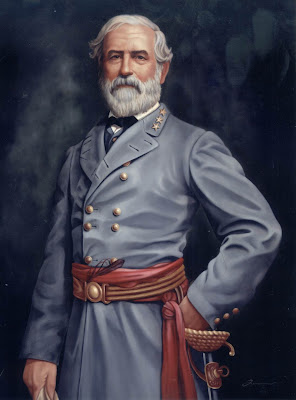 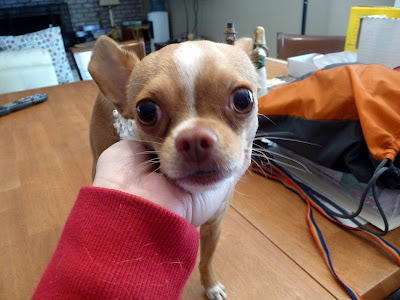 General Lee is my new foster pup - a 2 year old chihuahua. He's a tiny little guy who had a big scare. He was attacked by a big dog and ended up with broken ribs and a punctured lung. He also has the shakes, but I think that's just a chihuahua thing and not a result of the attack.

He has this cast-like bandage thingy on one side to keep his ribs straight. 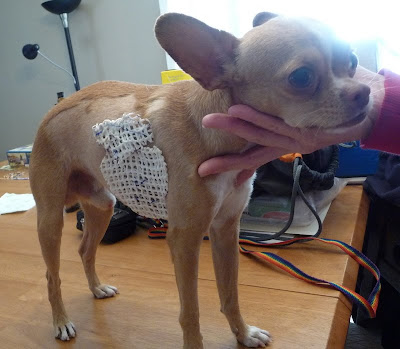 And he has this huge puncture wound on the other side. 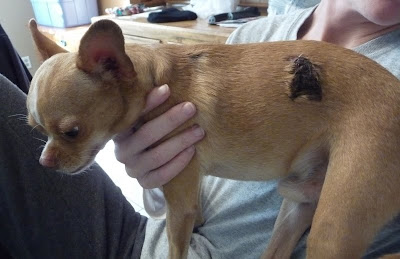 Poor little guy. Is it any wonder he growls whenever any of my dogs come anywhere near him? He also growls at the kitty too, but you gotta cut him some slack, as the kitty IS bigger than him and therefore a threat, right?

He is on cage rest for the next two weeks. I've spent the last few days carrying him around while I putz around the house. (Decorating the Christmas tree proved to be too difficult so I had to put him back in his crate for that task.) He loves to be held. So far, he's been quiet and accepting of all his crate-time, too.

If you're in the market for a lap dog, General Lee will be ready for adoption shortly after Christmas.
Posted by Diamond Girl at 9:57 PM

Poor little guy! Glad he's got a nice spot to hang while waiting for his forever home.