It's only January 19th and my New Year's Resolution has already been broken. Oops.

So...let's talk about something else. Like, what I've been doing all year.

GAMES:
2010 started out with world domination, as usual. The New Year's Day All-Day Game Day tradition endures! This year, no king of strategy was named. David and Brad lost, and things were pretty even between my alliance with NFBF and Steven's alliance with Irene. After 6+ hours of Diplomacy, we called it a stalemate, a tie, then a truce. No 2010 winner. :( 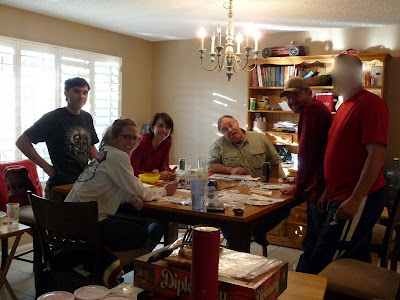 After Diplomacy, we played Betrayal at the House on the Hill and I won that...so perhaps I will name myself the winner for 2010! Okay - I am the winner of 2010. Thus declared. (Yes, I hear you reminding me that I've already broken my NYR, so I'm probably not such a winner, after all. Thanks. Duly noted.)

DOGS:
The next weekend I took Frankie to an agility trial. Crackhead. But unlike last year at this time, I am not considering dropping out. I am instead happy for the one Q we got in jumpers and for the fun we had hanging out with our agility friends. Next trial with Crackhead is February 20! 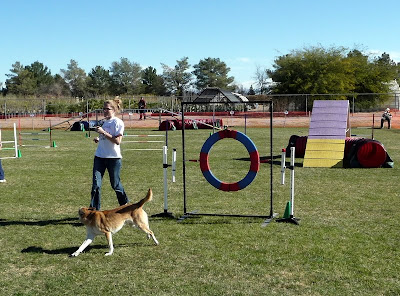 SPORTS:
Ever since our big Thanksgiving weekend of bowling, Pat's been a gung-ho bowler. We've been a couple times already this year. Pat bought a new bowling ball so he's even more excited than before. He hasn't figured out how to effectively use it yet, but he did beat me one game out of 9 this year! And in one game out of 5, Jamie beat me. Not surprisingly, it was the same game...since I did so terribly. 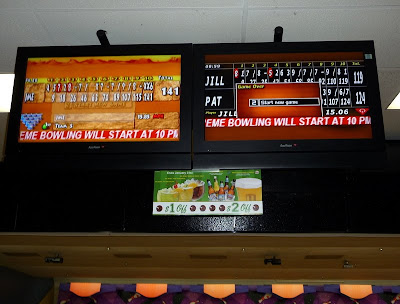 Will you believe me if I tell you that I LET them win that game? No? I didn't think so. In the interest of honesty, I will let you know that NFBF has also beat me one out of 3.

This weekend was the PF Chang's marathon and half-marathon. The best news of this year is that I did NOT run in it. I will never beat last year's fluke time of 2:05, so I think it best that I never try. And besides, running sucks! But cheering for running is super-duper fun!!! We went out to cheer Cookie on in the marathon and then drove to another location to cheer on Aimee and Pat's sister, Liz, in the half. I brought all the important cheerleader-y things...a goofy hat, a loud voice, a dog and a duck call. 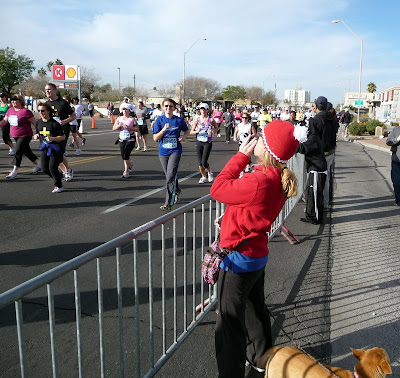 We (and by "we", I mean "I") cheered for the halfers for about 20 minutes before we saw Aimee go by. She loved my really loud cheering of AIMEE BUTLER! AIMEE BUTLER! (and by "loved", I mean "was totally embarrassed by"). A few minutes later we saw Liz go by. She legitimately loved our cheering. We stayed another 20 minutes or so to continue cheering on some more random strangers. I pretty much lost my voice with all the screaming.

We didn't have soccer because so many people were running the marathon or competing in a big soccer tournament. The losers who didn't get invited to play in the tournament got together for a game of flag football instead. 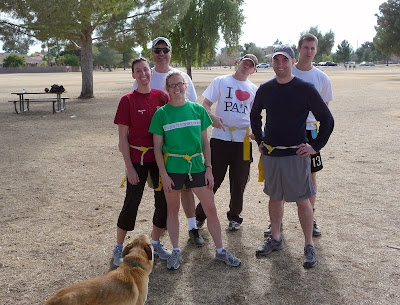 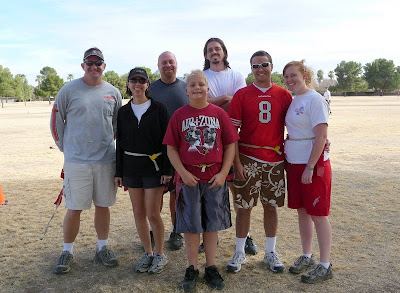 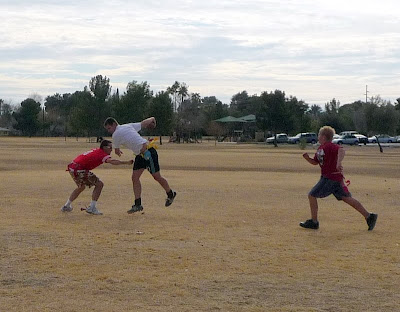 I have no idea what the final score was...probably something around 70-70...and that was scoring by 1's.

RANDOM:
I can balance a pepper shaker on its edge. 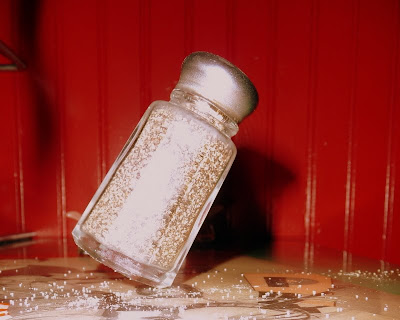 Who's the hot guy in the baseball cap from the first picture? Can you introuce me? I suck at bowling. But bowling, croquet, and miniature golf are sports (I use the term loosely) that I can participate in for about one hour before I get bored. Sure I suck at them, but I actually have fun when participating. Especially if there's music playing and I turn the whole event into a dance party. Have I completely jumped topics?