Life moves pretty fast. If you don't stop and look around once in awhile, you could miss it. 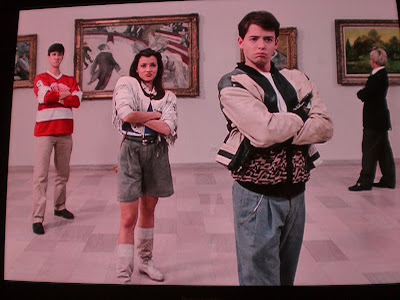 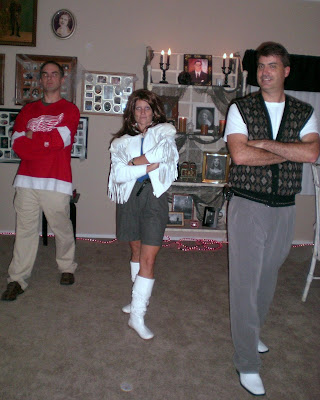 Ferris Bueller, Sloane Peterson and Cameron Frye, live and in person! We were pretty accurate - minus Ferris' leather jacket. I spent hours tonight trying to modify a black leather jacket but only ended up wasting a lot of money and making a lot of mess. But still....not bad! Craig was going to be our Cameron, but he overplayed the part and got sick. When Cameron was in Egypt's land...let my Cameron go-o-o-.... The understudy, my roommate Chris, replaced him. 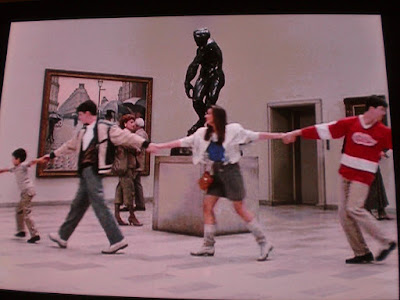 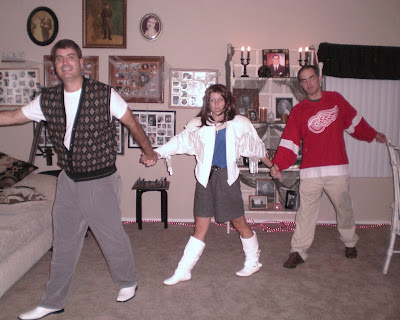 The prize for the Funniest Costume went to Jamie and my Nameless Faceless Best Friend. Jamie improved his Mormon missionary costume by adding a partner in spreading the good word. Good little Mormons... 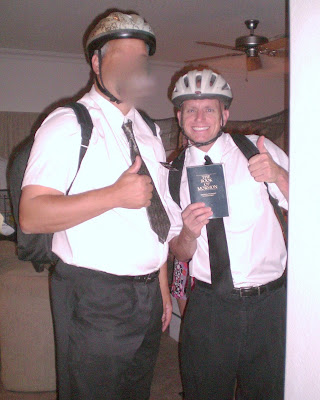 But what do they really have in those backpacks?

You always wondered and now you know. They claim that everyone's favorite is the missionary position.

David was the guy from A Clockwork Orange and the winner of the Most Original costume. 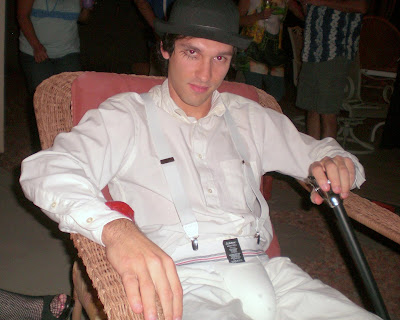 Laura was a boxer. Despite the black eye, she claims to have won the fight. The medal claims her first place status. 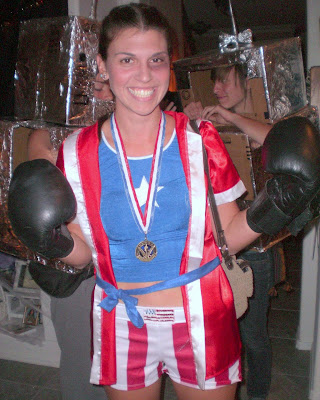 Karissa and Eric were hippies (obviously) 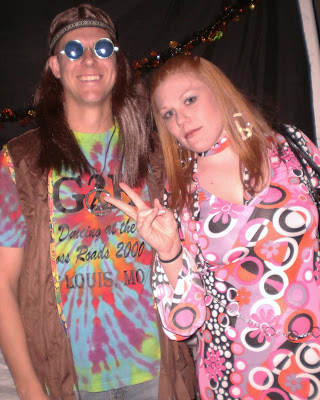 And sadly another Halloween is over. :(
Posted by Diamond Girl at 11:11 PM