The Case of the Puzzle Piece Pilfering Pussycat

This blog post is written by Laura, my first guest-blogger, as a follow up story to the PastaPuzzleParty she hosted on Saturday night. The puzzle was a mystery puzzle - you're supposed to read a short story describing the case, put together the puzzle and then use it to find clues to solve the crime. The short story was too long for our adult-onset ADD, so though we solved the puzzle, we did not solve the crime.

The Case of the Puzzle Piece Pilfering Pussycat
By Miss Laura

Although we have not yet solved the original crime, another one has already occurred. I arrived home this evening and at first didn't notice anything out of the ordinary. That changed when I glanced over to the kitchen table. 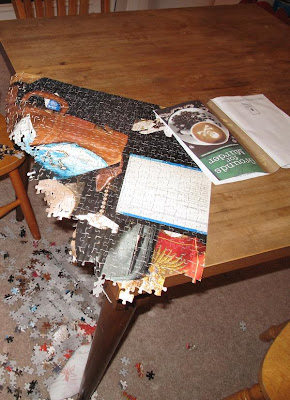 Someone or something had trashed our lovely work of art without a second thought. Luckily, the criminals made the fatal mistake of returning to the scene of the crime. Suspect 1 tried to act casual, 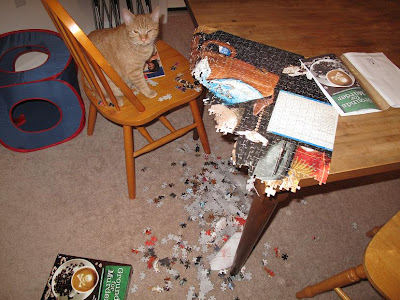 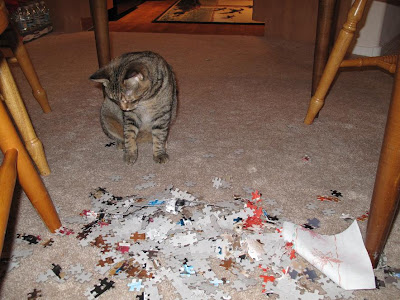 I couldn't make up my mind, until I found new evidence! 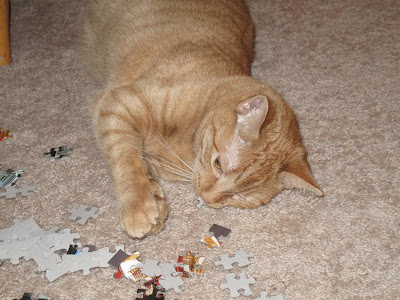 Something was in the mouth of Suspect 1. What could it be? I zoomed in for a closer look and knew at once who was indeed the pilfering pussycat. 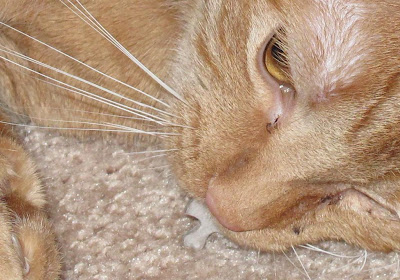 It should be noted that Suspect 2 later admitted to being an accomplice in this terrible crime.
Posted by Diamond Girl at 7:56 AM

Cats have been domesticating humans for several thousand years. The process remains incomplete.