When I was about six years old, I developed a lazy eye. For a while my parents only noticed it in pictures and they just attributed it to me making funny faces and being overly attention-seeking. (Can you imagine??!!) But they soon realized that I really was cross-eyed. They took me to the eye doctor a zillion times, but it was never fixed.

For some reason, I was never teased about it as a kid. I was always outgoing and confident enough that I didn't let it bother me. I do have to admit that it is a little annoying to meet someone for the first time and be talking to them and have them surreptitiously look over their shoulder to see if I am actually looking at someone else. I would just assure those people that I was, in fact, looking at them and that yes, I do have a lazy eye.

Sometimes it wasn't even noticeable. Other times, especially when I was tired or angry, it would get really bad. This is what it looked like when I wasn't particularly tired or angry: 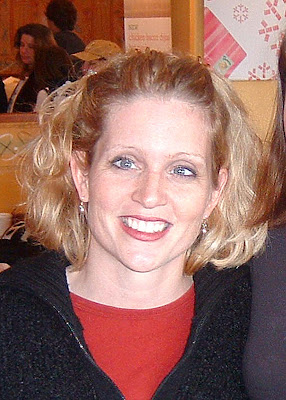 Two years ago, I finally had surgery to strengthen the outside eye muscles and loosen the inside eye muscles. The major coup was that my insurance deemed it to be medically necessary and not cosmetic and thus, they paid for the whole thing! It took about three weeks of looking like this (YIKES!): 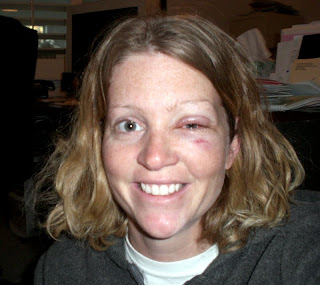 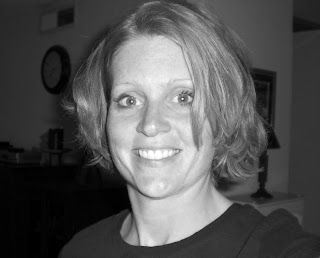 Finally! Straight eyes!!! Yippee!! On my follow up visit with the eye surgeon, he said that the surgery went perfectly and there should be no reason that I would ever need to come back to see him again.

But lately when I glance in the mirror, I swear I see that left eye swinging in again. When I look closer, I don't see it. Could it just be an illusion? It's like those cartoons where the monkey teases the rabbit behind his back, but jumps to hide behind a tree when the rabbit turns around to see him. Tricky little monkey! I've asked a couple people who see me every day to try to notice if my eye starts turning in. They say they don't see anything amiss.

Well, maybe they just see me so often that minor differences are hard to notice, because I was right! Tricky little monkey! I am going cross-eyed again. My suspicions were proved true with this picture taken Tuesday night. 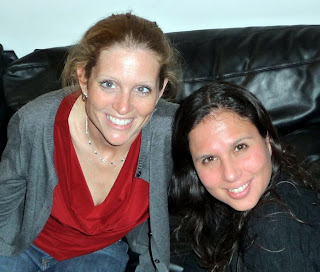 Good thing you're hot either way. That's why no one notices! That and the fact that you don't really sit still long enough!