I've Got a Bike, You Can Ride It If You Like

My friend Craig rides a bike exclusively. He has no car. He uses no public transportation. Just his bike. I find this very interesting.

I don't like bikes. I've been hit by a car on a bike. I'm not comfortable on a bike. I am scared of bikes. I compete in adventure races that include biking. Some people find this interesting.

I've got two adventure races coming up. One's in March. One's in April. I should get reacquainted with my nemesis. Face my fears. Ride a bike.

My friend Jamie has a bike. He is my bike dealer. He lets me borrow his bike. I borrowed his bike on Sunday.

I rode the bike to work on Monday. My friend Craig mapped out the safest route. There are streets with bike lanes almost all the way. The distance is ten miles.

I was nervous. I did fine. I did not crash. It took 54 minutes to get to work. It would have taken less time if I didn't stop to text my spouse Pat every 20 minutes.

My spouse Pat is paranoid. He thinks that girls who are scared of bikes shouldn't ride them in traffic. I told him I'd text him to let him know I was safe. I did this so he wouldn't worry. He left his phone at home and didn't get my texts. 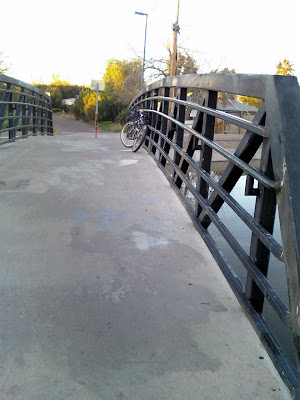 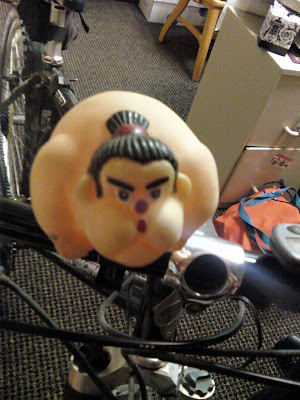 My friend Jamie's bike spent the day in my office. I didn't want to lock it up outside. It might have gotten stolen. And it's not my bike. That would have sucked. 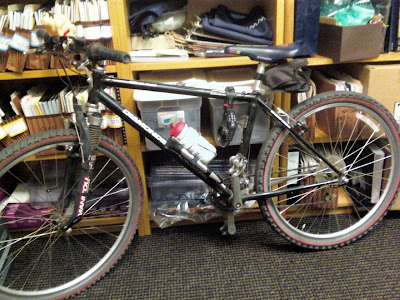 I thought about taking the light rail home. I did not. I rode the bike the whole way home. It took 47 minutes.

Bike-commuting was fun. I would like to do it again.
Posted by Diamond Girl at 10:54 PM