In Mazatlan we chose the canopy tour as our off-boat excursion. I have canopy toured in Jamaica and Costa Rica and loved it. The NFBF's, Jamie and Laura joined in the fun this time around. Brian and Irene explored on their own. Pat, Steven, Elaine (who have all canopied, or at least tried to canopy, before) and Pat's parents went on a city tour.

Oooh! Two cute Mexican boys attending to my harness! I felt so popular! 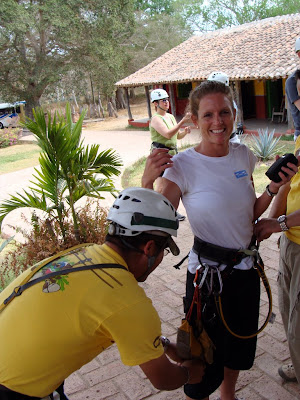 Laura had never been zip-lining was a bit nervous about the whole thing. 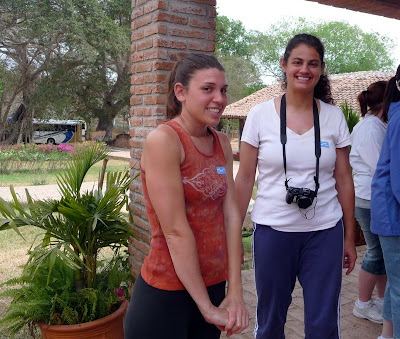 We drove up the mountain in this army vehicle. There wasn't room for me in the back, so I got to sit up front with the driver. Because I was the leftover extra person, I got to be more scared than everyone else - the roads we were traveling were pure sand, super curvy, way steep and not nearly wide enough for our vehicle. Yikes! I loved it! 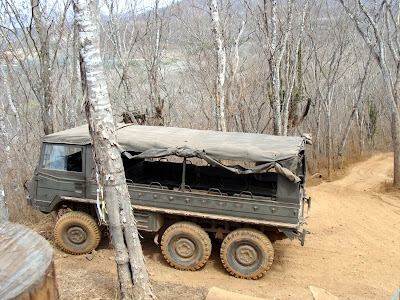 NFBF zipping over the dead forest: 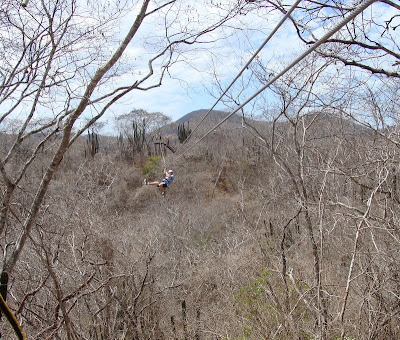 Canopy touring in Mazatlan is not pretty. It is absolutely fun, but not pretty! I was sort of afraid that a spark from the pulley on the wire would cause a massive forest fire. They say it greens up in the rainy season. Let's hope so! 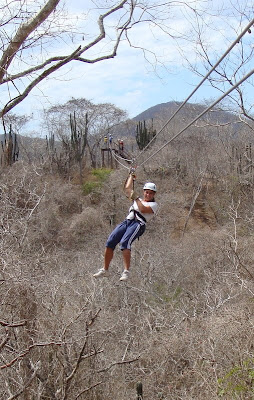 Me zipping down a particularly long zip line. So fun! 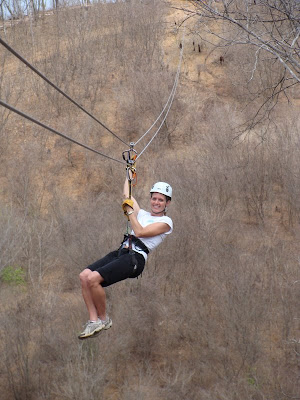 It's such an awesome feeling to fly through the air like that. But I have to say that there is an added bonus if your surroundings are pretty. Flash back to ziplining in Costa Rica: 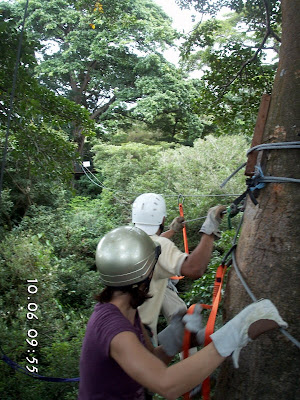 Yeah, it was much prettier in Costa Rica. 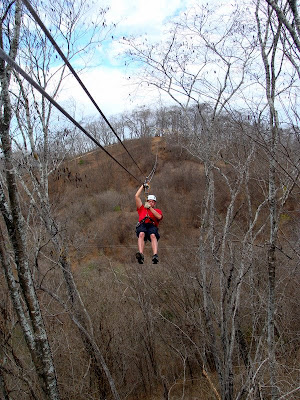 And Laura zipping. She did great and, unlike Elaine's attempt in Costa Rica, she did not have to be taken off the ride. :) 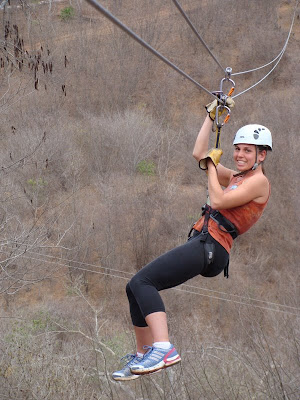 The last zip ended in one of the forest's only two living trees. We rappelled down from the platform - very free-falling fun!! 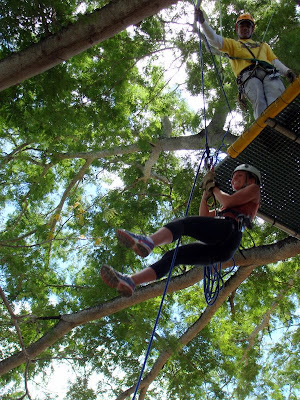 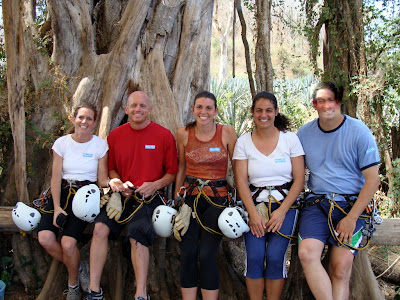 Not all of Mazatlan is dead and brown. We stopped at (another) tequila factory on the way back to the boat. See? It's pretty!! 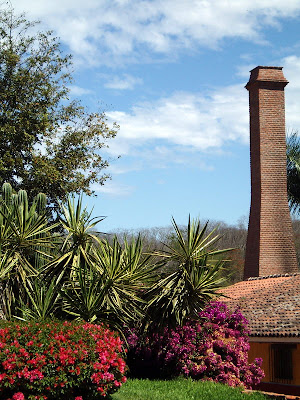 And the ocean, beach and city around the beach are also pretty. I would love to go back and spend more time in the area.

After the bus from the canopy tour arrived back at the boat, we had about an hour and a half before we had to be aboard. We headed through the city with the goal of reaching the beach. NFBF was grumpy and didn't think random city wanderings were such a good idea (we had no map), so he bailed and got back on the ship. Party pooper.

I loved the beach!! 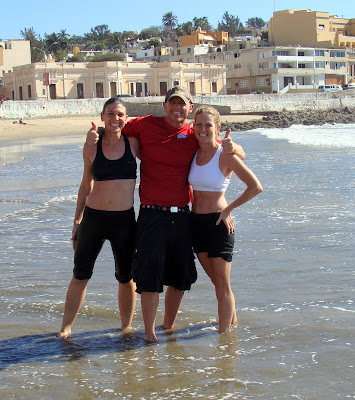 Yay! Playing in the ocean: 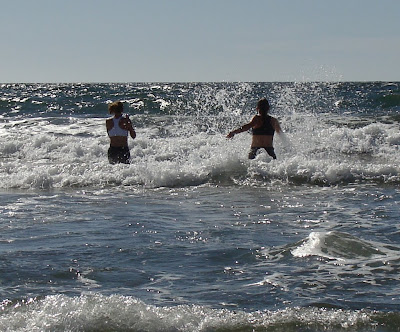 We hadn't expected to have time to go to the beach, so we did not pack swimming suits or towels. No problem - we just swam in our clothes! Oops! White sports bras aren't the best choice of swim attire. :) 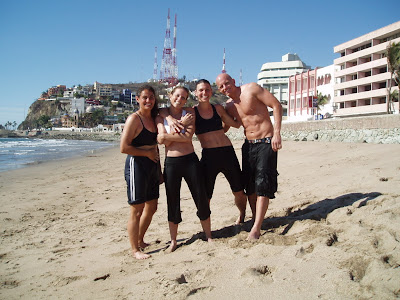 We stayed at the beach until the last possible minute, then soggily hailed a golf-cart cab and dripped ocean water and sand all over it. We tipped him extra for the mess! 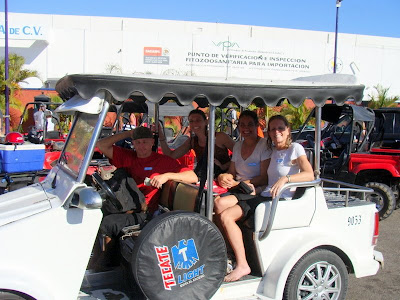 Playing in the ocean was my favorite part of our whole trip, followed by the dune buggies/death machines of Puerto Vallarta.
Posted by Diamond Girl at 10:53 PM